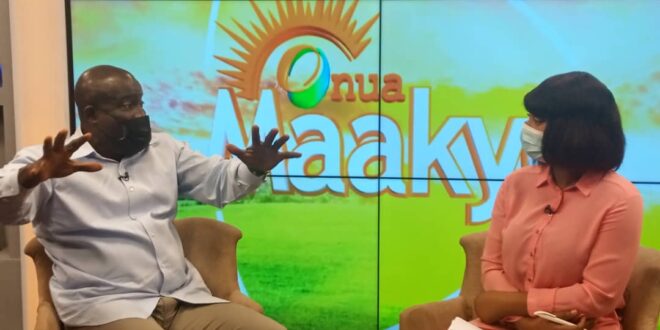 Titus-Glover To Contest In Tema East Again In 2024

Former Member of Parliament for Tema East Constituency in the Greater Accra Region, Daniel Nii Kwartei Titus-Glover has declared his intentions to contest the seat again in the 2024 elections.

He said there were so many programmes he started that needed to be completed even though some are being done in his absence in the Constituency.

The former Deputy Minister of Transport was defeated in last year’s elections after he managed to poll 31,956 of the total votes cast whereas his main opponent and eventual winner, Nii Ashia Odamten, the National Democratic Congress (NDC) candidate had 41,692 in the 2020 December elections.

“I want to complete what I started like roads, Health insurance office, among others”.

I'm Adwenpa-Hene |Blogger & Broadcaster Journalist. I am the CEO and manager of this noble website. I publish on Entertainment, Sports, Politics, Lifestyle, and Technology. You can also follow Us on : YouTube Channel - My Ghana Media TV, Facebook - MyghanaMedia TV , Twitter - @MyGhanamedia2 & Instagram - My Ghana Media TV. Email Address: [email protected] Contact Us: 0200818719
@@MyGhanamedia2
Previous Where Are The Nine Hospitals You Promised Us? – Volta NDC Asks Nana Addo
Next We Gave You Chance To Electrocute NPP But You Didn’t; ‘You Made Your Bed; Lie In It’ – Ivor To #FixTheCountry Campaigners