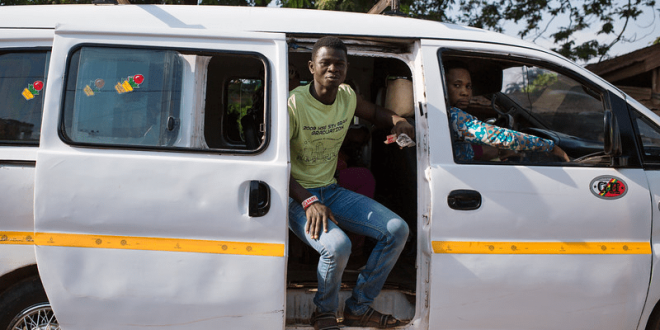 The decision was taken after a series of negotiations with stakeholders.

A joint statement by the GPRTU and GRTCC revealed that the reduction will affect shared taxis, trotros, Intercity vehicles and haulage trucks.

Commuters began calling for a reduction in transport fares as the price of petrol and diesel began to record significant drops. GPRTU had earlier indicated that they were in no rush to reduce the fares and wanted to observe if the current reduction in petroleum products was sustainable.

An earlier meeting between the Ministry of Transport and transport operators on December 15, 2022, for a reduction in fares ended in a stalemate.

Below is the joint statement by the GPRTU and GRTCC

The General Public may recall that on Saturday, 29 October 2022, a 19 percent upward adjustment in public transport fares took effect after intense negotiations with stakeholders.

With the recent reductions in the price of petroleum products, it became necessary to engage stakeholders to give consideration to a review of the fares in line with the Administrative Instrument.

Consequently, series of negotiation meetings were held with stakeholders to agree on an acceptable level of fare reduction commensurate with the current fuel prices.

Following these negotiations and in consideration of the plight of Drivers, Commuters and the General Public, we have resolved to reduce the existing transport fares by 15.3 percent.

We kindly request all Commercial Transport Operators to comply with the new fares and post same at their loading terminals.

We further request all Operators, Commuters and the General Public to kindly cooperate for the successful implementation of the new fares.

We take this opportunity to assure all Transport Operators and the General Public that we will continue to work in their interest.

Check out the new Transport charges posted on Twitter below:

I'm Adwenpa-Hene |Blogger & Broadcaster Journalist. I am the CEO and manager of this noble website. I publish on Entertainment, Sports, Politics, Lifestyle, and Technology. You can also follow Us on : YouTube Channel - My Ghana Media TV, Facebook - MyghanaMedia TV , Twitter - @MyGhanamedia2 & Instagram - My Ghana Media TV. Email Address: [email protected] Contact Us: 0200818719
@@MyGhanamedia2
Previous Bawumia To Face Mahama Is A Risk For NPP, Ghanaians Will Ask Questions On His Own Words We Can’t Answer – NPP Leading Member
Next High Court Stops Opare Addo From Serving As NDC Youth Organiser