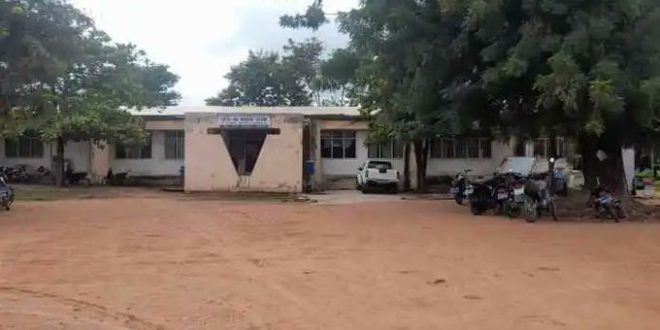 In 2021, 38 persons in the Upper East Region rejoiced when they received employment letters from the Centre for National Culture (CNC), a department of the National Commission on Culture (NCC).

But their joy at landing permanent jobs was a temporary one. Their appointments would later be terminated for a reason they had no hand in.

The acting Upper East Regional Director of the CNC, Elizabeth Talata Adongo, recruited the 38 new staff in 2021 and posted them to the department’s offices across the region. Some were engaged as cultural officers, cultural assistants and clerical officers. A number of them were also employed as cleaners, security officers and drivers.

The new employees started work in November 2021 and January 2022. However, Elizabeth Talata Adongo backdated their appointment records to April 1, 2021.

The Controller and Accountant-General’s Department consequently paid salaries that covered months during which the new employees had not worked. The salaries were paid in accumulated packages to them after they had started work.

When the unearned salaries hit their accounts, the acting regional director took the money from the new employees. She did not return those salaries to CNC’s coffers or to their source― the Controller and Accountant-General’s Department.

Some of the newly recruited staff later told The Fourth Estate that the accumulated salaries were taken from them by the acting regional director through the senior accountant of CNC in the region.

A team of auditors from the Ghana Audit Service later discovered that Elizabeth Talata Adongo did not even have the financial clearance before embarking on the recruitment of the 38 personnel in 2021.

The auditors could however not say how she got the Controller and Accountant-General’s Department to pay them without the financial clearance.

The audit team also noticed that the unearned salaries, which government paid to the newly recruited staff as a result of the backdating of their appointment by the acting regional director, amounted to Gh¢364, 914.23 combined.

The auditors left the CNC office unsatisfied with the answers they got for their queries. Days later, the acting regional director summoned the new staff from their various stations to a meeting in the regional capital, Bolgatanga.

In that meeting, she told them their services were no longer needed. She explained that the commission’s national headquarters said it had no knowledge about their recruitment.

The disappointed employees told The Fourth Estate that she had demanded and took Gh¢1,000.00 from each of them before they were given their appointment letters.

They disclosed that only two people were exempted from paying the Gh¢1,000.00 because they were related to two senior employees of the department― the senior accountant, Komla Emmanuel Feli, and the secretary, Immaculate Pwamang.

“The fact is that we were just told verbally to go home,” David Yidana, who was employed as a cultural assistant in the Nabdam District, told The Fourth Estate. “We were given appointment letters. And if you were telling us to go home, you should at least also give us sack letters.”

“Before I was given my appointment letter, I paid Gh¢1,000.00 to the director. And when our accumulated salaries of eight months came, she took the salaries away from us. We were too afraid to say no. We were afraid we might lose our jobs,” he said.

Some of the victims said the acting regional director demanded a further Gh¢2,000.00 from a number of the employees after the auditors’ ominous departure.

“When she realised that the matter was getting worse, she told us to pay Gh¢2,000.00 each so that she would use it to bribe the auditors. I told her personally that I didn’t have that money. She insulted me that I was an ungrateful person. I told her I was not an ungrateful person,” recounted Cynthia Salifu, who became an estate officer in Bolgatanga through the ill-fated recruitment.

She added: “The new employees paid the accumulated salaries back to the director on the accountant’s table. But I paid mine back through the accountant’s personal Absa Bank account on 13th December 2021. I paid Gh¢9,524.”

“Hand over and stay away from office” ― Executive Director orders

The new employees left the meeting not clear as to the real reason their appointments were terminated.

But they soon found out. In a letter dated July 28, 2022, the Executive Director of the Commission, Janet Edna Nyame, wrote to Elizabeth Talata Adongo, asking her to “delete with immediate effect names found to have been placed on the payroll without financial clearance”.

A list of the names was attached to that letter. Copies of the letter landed in several hands. Reading through it and checking the list, some of the disappointed employees finally learned their appointments were cancelled because they were handed the jobs without a financial clearance.

The letter from the national headquarters suspended the acting regional director and a senior accountant at the CNC’s regional office in Bolgatanga, Komla Emmanuel Feli.

The two letters were just about the same. They contained the same directives. The only differences were the names of the recipients.

She made it clear to the acting regional director and the senior accountant in the letters that their suspension would last throughout the period the commission’s investigation team would engage them on the matter “regarding administrative breaches, receipt of unearned allowances and alleged unapproved recruitment of employees as partly reported by external auditors of the Upper East Office of the Ghana Audit Service”.

“While you are suspended, you must not carry out any of your work duties in any shape or form. You must not visit the office (Centre) or its district offices without authorisation from the Commission.

“If the investigation team (CIT) finds the grounds for disciplinary action, the Commission shall invite you to a meeting to provide your response before the final decision is taken as stipulated by the Labour Act and the Collective Agreement of the Centre for National Culture,” the suspension letters, dated 3rd August 2022, read in part.

The 38 dismissed employees say they are traumatised because of the unexpected termination of their appointments for no fault of theirs.

Agnes Dery, a mother of three, said it would be too harsh to lose her job and the Gh¢1,000.00 she paid for her recruitment as a weaver in the Nabdam District.

Azumah Nsoh, one of the newly recruited CNC cleaners in Bolgatanga, told The Fourth Estate in her native Gurune that the situation was becoming hopeless.

“It has been a traumatic experience,” said Helina Anaba, who was employed in Bongo as a cultural officer. “You are working. You are fine. Then, suddenly you are asked to go home. Go home and tell your people what? What will people think? Will you get everyone to explain to them what happened?” she said.

But even in their hopelessness, the victims are chorusing an appeal from their homes to the executive director of the NCC to consider restoring their names on the payroll.

“I have a wife and a son who look up to me and who trust that as long as I live, they will not go to bed hungry,” Simon Awuni, a cultural assistant in Bolgatanga, told The Fourth Estate. “We were improperly recruited through no fault of ours. Everybody knows times are very hard. We are pleading with our mother [the executive director]. We want our jobs back.”

When The Fourth Estate contacted the commission’s public relations officer, Ama Amponsah, she disclosed that the commission had considered reinstating the victims in the future once the financial clearance was given.

The Fourth Estate contacted the senior accountant on August 8, 2022, and he confirmed receipt of his suspension letter. But he declined to comment further, saying: “I would be unfair to myself if I say anything on this matter since the [investigation] team is coming to us this week.”

The Fourth Estate reached the acting regional director twice on phone on the same day for her comments. She excused herself from the interview on the two occasions. In the first instance, she said she was inside a market and gave a time she said was suitable for the interview. But when she was contacted again at the given time, she said she was in a bank. Hours later, a third call was placed to her. It went unanswered and she did not call back as at the time of filing this report two weeks later.

The picture of the wrongs emanating from the department expanded when the Ghana Audit Service (GAS) audited the department’s accounts and records.

The audit covered the period between January 2021 and December 2021. The auditors noticed that the office had also made some unexplained payments amounting to Gh¢6,322.00. The acting regional director and the senior accountant failed to provide relevant expenditure documents to defend the payments the office made.

The auditors further discovered that the accountant had received some revenues realised from the sale of some cloths. The cash, totaling Gh¢2,866.00, was paid to him by the department’s storekeeper. But he failed to account for it.

The auditors recommended that the two officials pay back to the state all the unearned monies they took. The auditors say they also want to have evidence of payment for verification purposes.

The grand total of the unearned monies is reportedly in the neighbourhood of Gh¢500,000.00. The GAS says, if they fail to refund the monies, they will be surcharged by the Auditor-General to recover all the amounts involved.