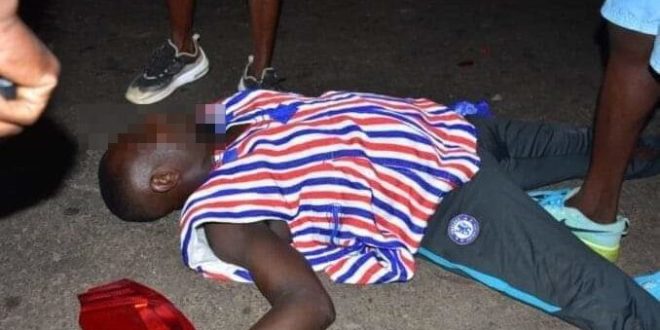 A delegate of the governing New Patriotic Party (NPP) who is an Assembly Member at the Bolgatanga Central Municipal Assembly in the Upper East Region, collapsed and died at the conference grounds after his candidate failed to win the ongoing Constituency election.

The Upper East Regional Chairman for NPP, Anthony Namoo, who confirmed the incident said the deceased, Amaliba Azika collapsed when the candidate he was rooting for Awudu Asonya, did not make the mark after the declaration of the results.

According to the Chairman, Amaliba Azika was rushed to the Regional Hospital but was pronounced dead upon arrival.

The Chairman expressed his condolences to the deceased family.

He added that the incident goes to show how people can emotionally invest their minds, hearts, and thoughts in the party.

“It is our prayer that God will grant him good rest. He died fighting for a cause that he believed in”.

The body of the deceased body has since been deposited at the same facility morgue pending autopsy.