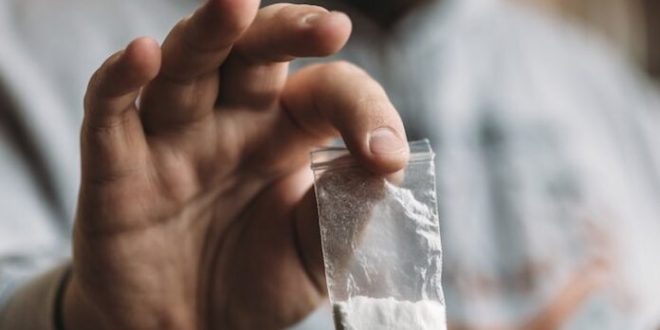 In 2006, one of the biggest news in the country was about the clampdown of an MV Benjamin vessel in the fight against drugs.

The vessel used to cart over 77 parcels of cocaine into the country using unapproved routes.

A former police officer, Nobert Anane Dei who rose to the rank of Sergeant Detective played an active role in the clamp down of the vessel.

Unfortunately for him, in the course of his job as a detective, he became addicted to the same drugs he was fighting against.

Sharing his experience with Kofi Adoma Nwanwani and monitored by GhanaWeb, he has recounted how he eventually succeeded in winning the fight against drug addiction.

In 2006, Mr Norbet Dei was given a tipoff by some fishermen in Tema about the MV Benjamin vessel.

He, together with 4 other colleagues arrested them at 1 am.

“There was a company shipping cocaine to Ghana but not through the ports, they paid $5000 as a reward to each canoe to move the cocaine from MV Benjamin at Prampram to a location. The fishermen who felt cheated at some point gave me this tip in 2006. Mostly they did this from 12 am to 1 am. So we ambushed them and arrested them,” he told Kofi Adoma.

However, he mentioned that the cocaine smugglers involved in the shipping of the cocaine gave them (police officers) $35,000 as a bribe on the spot to evade the arrest.

He added that he, together with his three colleague officers connived to steal some of the seized parcels of cocaine before submitting the remaining parcels to the police CID Headquarters

After they under-declared the parcels of the cocaine, the stolen cocaine was given to him to sell.

The former detective narrated that he ended up being a drug addict when he went to sell the stolen cocaine substance.

“So I took the cocaine to Tema to sell, eventually it was sold but the process is what led me to become a drug addict. The Nigerian testers who were brought in to test the authenticity of the cocaine, use some tubes and other things to inhale. My curiosity pushed me to also inhale it. That was the beginning of my downfall. I became hooked to inhaling the substance so I kept going back to them for more.”

Collapse of marriage and loss of job

Mr Norbert Dei said in the interview that his addiction pushed him to sell his car, TV and other properties to get the drug. His wife also divorced him in the end.

He was also sacked from the police service for absenting himself for over 14 days without official notice to the police.

“I was doing this for one month, I exhibited some symptoms such as fever, running nose, general body weakness, passing of stool etc anytime I couldn’t get some of the substance.

“I left the police service because of desertion of duty. You are declared a deserter if you absent yourself from the military or police service for 14 days.

“I had to sell my car and other properties to raise money to get the substance, my wife also divorced me. I left the police barracks and was now sleeping at Achimota lorry station.”