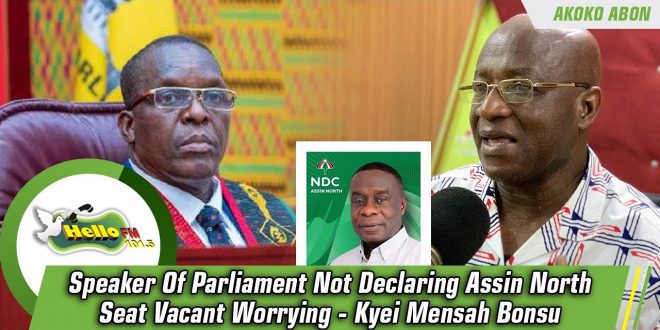 The Member of Parliament for Suame constituency who was speaking in a one-on-one interview on Kumasi-based Hello FM said the Speaker’s reason for not declaring the seat vacant is wrong.

“The appeal process stops the execution of the ruling so if the Speaker had said that the seat cannot be declared vacant because of the appeal that will be in line. But he drew attention from Article 117 (of the 1992 constitution) . .  .if that is the case how did he get hold of the appeal? I think the Speaker is misconstruing the meaning of Article 117 . . . he’s gotten it totally wrong.”

Meanwhile, Article 117 states: “Civil or criminal process coming from any court or place out of Parliament shall not be served on, or executed in relation to, the Speaker or a member or the Clerk to Parliament while he is on his way to, attending at or returning from, any proceedings of Parliament“.

Listen to him in the video below

The Speaker of Parliament says he’s not ready to declare the Assin North Constituency seat vacant despite an order from the Cape Coast High Court that annulled the 2020 Parliamentary election in that constituency.

According to a statement from the Clerk of Parliament, “prior to the receipt of this process, Mr. Speaker had received certified true copies of documents from the lawyers of James Quayson, Member of Parliament for the Assin North Constituency filed in respect of an appeal against the judgment of the High Court, Cape Coast and an application for the Stay of Execution of the said judgment of the High Court, Cape Coast”.

“On the face of the certified true copies received by Mr. Speaker, the matter in question is still sub-judice and has thus not been concluded by the Courts with competent jurisdiction on the matter. In the circumstances, Mr. Speaker is not clothed with the legal basis to make a pronouncement on the matter and can thus not declare the occurrence of a vacancy in the House pursuant to the 1992 Constitution and the Standing Orders of the House”

The Cape Coast High Court in its ruling of the Election Petition of Michael Ankomah-Nimfah vrs. James Quayson, Member of Parliament for the Assin North Constituency restrained James Gyakye Quayson from holding himself as the National Democratic Congress (NDC) MP for Assin North.

Meanwhile, the Assin North MP has filed an appeal. 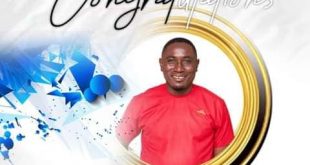 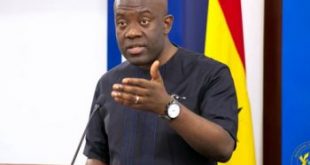