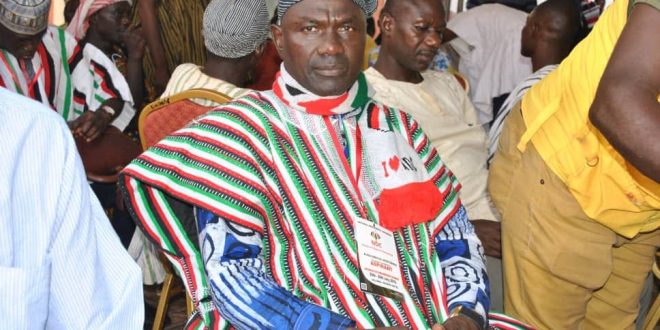 The Member of Parliament for Savelugu located in the Northern Region of Ghana, Alhaji Jacob Iddrisu, has been charged with two counts of unlawful possession of a firearm.

He was charged alongside Naa Mohammed Ahmed, the Chief of Duko, who is facing five counts of the same charge.

The Savelugu MP is said to have had an AK-47 rifle in his possession, alongside 60 rounds of ammunition.

Naa Mohammed Ahmed was said to have a round of G3 ammunition, a BB live cartridge, and 72 rounds of AK-47 ammunition.

Police found an AK-47 in an office said to be linked to the MP on December 9, 2020, two days after the general election.

See also  A/R: We Will Kill Ourselves Before You Kills Us - Atwima Youth Tells MCE

At the time, the Northern Regional Secretary of the National Democratic Congress said the party office was an open space and the weapon may not have been in the possession of the MP.

He also complained that no NDC official was invited by the police before the search was conducted.

The search followed some tragedy that occurred after a girl was shot a day after the election.

See also  You Can Not Cover Up Your Failure In Fighting Corruption By Firing PPA Boss, ADAM-GH To President
Disclaimer: MyGhanaMedia is not responsible for this report and its content.There are four types of content published on MyGhanaMedia daily: curated content; syndicated content; user-generated content; and original content.

I'm Adwenpa-Hene |Blogger & Broadcaster Journalist. I am the CEO and manager of this noble website. I publish on Entertainment, Sports, Politics, Lifestyle, and Technology. You can also follow Us on : YouTube Channel - My Ghana Media TV, Facebook - MyghanaMedia TV , Twitter - @MyGhanamedia2 & Instagram - My Ghana Media TV. Email Address: [email protected] Contact Us: 0200818719
@@MyGhanamedia2
Previous Akufo-Addo To Address The Nation On Covid-19 Today
Next Dr. Adomako Kissi, Anyaa Sowutuom MP Writes: The Safety Of Our Pupils On Their Way To School And Back Home.