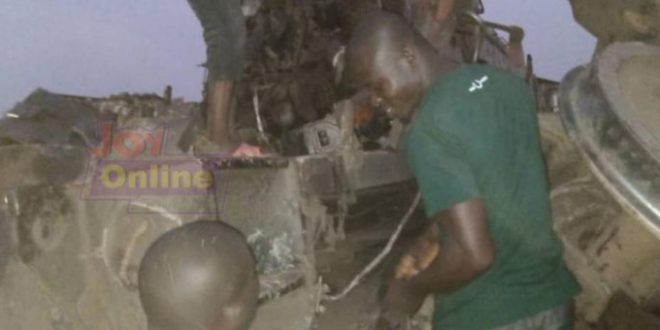 Spread the love
Five passengers on board two trains involved in a train crash at Wassa Manso in the Western region have been confirmed dead.

Eleven others have sustained various degrees of injuries following the head-on collision on Friday evening.

Currently, it is uncertain what may have caused the accident, but reports indicate that the two haulage trucks collided following a suspected faulty braking system.

The trains were moving from opposite directions on the Tarkwa-Kojokrom-Nsuta rail line.

The rail line, which was recently rehabilitated to allow passenger service and improve haulage of manganese from Nsuta, began to shake.

This led to a stop of the passenger service after the test commissioning.

Officials from the Ghana National Fire Service (GNFS) and the Police have been to the accident scene to assess the incident.