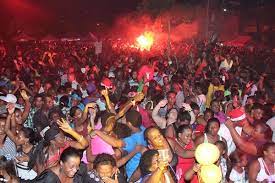 The Ghana Pentecostal and Charismatic Council (GPCC) has supported the directive by the police administration to religious leaders to desist from publishing prophetic messages that could harm others and disturb the public peace.

The general secretary of GPCC, Reverend Emmanuel T Barrigah has told the Ghana News Agency that the call by the police administration was in order.

“Prophecies in themselves are expected to edify and glorify God and where there is the need to also rebuke those who might have fallen foul of the law of God, we should not hesitate to do so,” he said.

“Where prophecies become a threat or become a prediction of death and harm, there is a question mark on those kinds of prophecies.”

Barrigah said he could not fathom why end-of-year prophecies were mostly centered on negative issues and not positive ones that would propel national unity and prosperity.

“We must stop those doomsday and death prophecies. Why is it that we can only predict harm and death and not positive things?” he asked.

Barrigah urged the Christian community to be careful and measured in their celebration of the New Year, bearing in mind the presence of the Omicron variant of the COVID-19.

He said the GPCC had issued a circular to its members, encouraging them to, as much as possible, hold outdoor services to usher in the New Year.

“We have also asked them to ensure that all the preventive protocols, including hand washing, hand sanitising, and wearing of nose masks, are strictly observed in addition to sanitising all the things we use at the church,” he said.

The police on Monday (27 December) cautioned Ghanaians, especially religious groups and leaders to be measured in their utterances, especially how they communicate prophecies.

According to the police, over the years, communication of prophecies of harm, danger and death, by some religious leaders, have created tension and panic in the Ghanaian society and put the lives of many people in fear and danger.