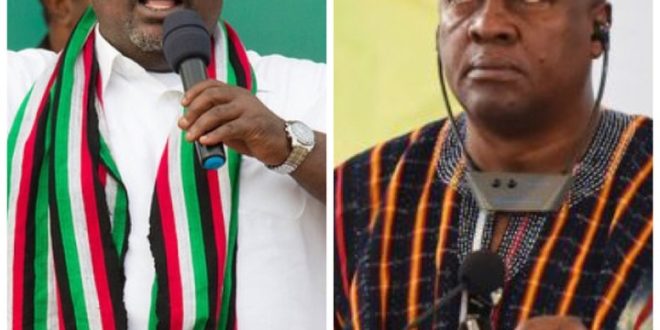 The Founder of the Atta Mills Memorial Institute says he is waiting for a one-on-one encounter with Mr Mahama to confront him on this. matter.

He added “I am waiting for a, one-on-one with John Mahama.”

As part of the 10 years anniversary for the late Professor Mills, Former President Mahama is expected to launch the John Evans Atta Mills (JEAM) Memorial Heritage, a non-profit, independent, non-partisan organisation anchored in Professor Mills’ passion and commitment to inclusivity, transparency, accountability and his relentless quest for peace and a better society.

According to a statement issued by the Governing Board of the JEAM Memorial Heritage and signed by Board Chairman Alex Segbefia, the Memorial Heritage will be launched at the Cedi Conference Centre at the University of Ghana on February 1 2022, under the theme: “The man John Evans Atta Mills – 10 years on.”

“There will be thematic presentations by Professor Akua Kuenyehia, former President of the International Criminal Court, the Hague, Professor Francis Dodoo, a former Pro-Vice-Chancellor of the University of Ghana and four-time Olympian and Dr Esther Ofei-Aboagye, a former Director of the Institute of Local Government Studies,” the statement added.

I'm Adwenpa-Hene |Blogger & Broadcaster Journalist. I am the CEO and manager of this noble website. I publish on Entertainment, Sports, Politics, Lifestyle, and Technology. You can also follow Us on : YouTube Channel - My Ghana Media TV, Facebook - MyghanaMedia TV , Twitter - @MyGhanamedia2 & Instagram - My Ghana Media TV. Email Address: [email protected] Contact Us: 0200818719
@@MyGhanamedia2
Previous Chieftaincy Ministry’s Case Amongst Others Confirm NABCO Has Not Ended As Doomsayers Claim
Next Payment Through Mobile Money (momo) Is A Big Cheat – Cocoa Farmers To Government