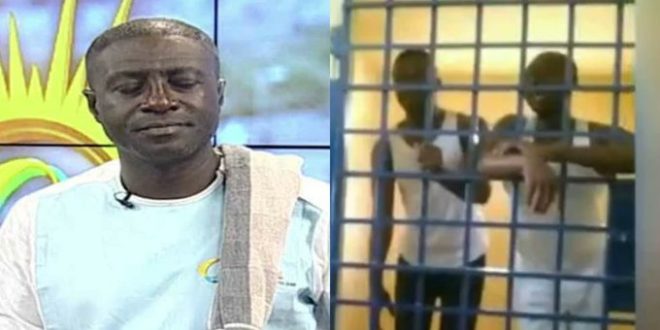 He was found Thursday late morning at the Greda Estates Police Station, where he is doing well.

Captain Smart was nowhere to be found after he was taken into National Security custody on Wednesday evening, raising worry among friends, colleagues and fans.

The Maakye host was detained by the state security apparatus shortly after an Accra Circuit Court granted him bail on Wednesday, February 2.

He had pleaded not guilty to two respective counts of charges of extortion and abetment to extortion.

But, according to the National Security, there was order from above to bring Captain Smart and one other to the secretariat.

He was then caged for the night despite reportedly meeting the bail conditions.

When top management of Media General, the mother company of Onua FM and Onua TV, visited the secretariat to visit the radio host, he was nowhere to be found.

Enquiries directed the team including Group Chief Executive Officer Beatrice Agyemang to the Ministries Police Station, where they were told he was not in the records to have been there.

Later, they were directed to the Greda Estates Police Station, where he was seen.

Born Blessed Godsbrain Smart, the Maakye presenter met all the bail conditions at the Accra Circuit Court 8 to secure his release from police custody on Thursday, a day after he was granted bail.

I'm Adwenpa-Hene |Blogger & Broadcaster Journalist. I am the CEO and manager of this noble website. I publish on Entertainment, Sports, Politics, Lifestyle, and Technology. You can also follow Us on : YouTube Channel - My Ghana Media TV, Facebook - MyghanaMedia TV , Twitter - @MyGhanamedia2 & Instagram - My Ghana Media TV. Email Address: [email protected] Contact Us: 0200818719
@@MyGhanamedia2
Previous IMF: We Are Ready To Support Ghana If Contacted By Authorities
Next Assin North MP Charged With Forgery, Perjury And Deceit Of Public Officer