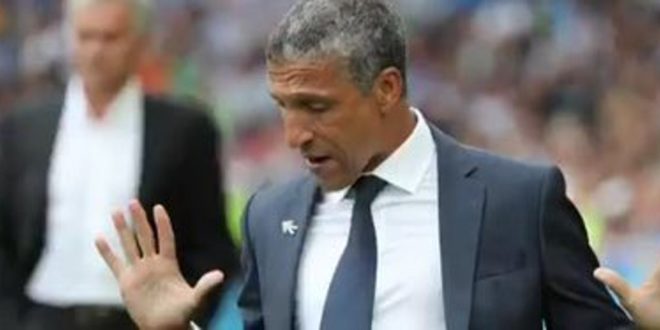 GFA : Discard Rumours That Chris Hughton Will Be The New Black Stars Coach

The Ghana Football Association (GFA) has dispelled rumours that it has settled on Chris Hughton as the next coach of the Black Stars.

According to the Association, they haven’t met the Irish-born Ghanaian coach to discuss any appointment.

In an interview on Accra based Joy FM, Henry Asante Twum, the Communications Director of the GFA said the Association is still searching for a competent coach to lead the Black Stars.

“My last conversation with the [GFA] President was that the talks [with Otto Addo] have been positive, but it comes with certain conditions as well. Yes, the FA appoints, but government takes care of the expenses and what have you, so you need to come back and engage government and see if you would be at par in terms of decision making. From then you can progress”, he said.

“I don’t know about any such decision [regarding Chris Houghton’s appointment]. As far as I’m concerned, we haven’t met the Ministry. I know that we are stakeholders in development. The government is recognised in providing infrastructure and providing funds for the development of football, but as technocrats, we are responsible for the decision making. These are things we read in the media everyday.”

“You wake up to stories in the press that government is trying to impose a coach on the FA. I don’t remember sitting in any such meeting since our last meeting with the honourable Minister of Sports, which called for the dismissal of the technical team and also the dismissal of the management committee. That has been our last engagement as a body,” he explained.

“I cannot say he [Chris Houghton] is not on the table because once a job becomes vacant, it’s open to all. Personally I’ve received 17 calls from agents and representatives of coaches.”

“My WhatsApp platform has been bombarded with messages from unknown people and then also the official email address of the FA has as well received loads of messages and they come in on a daily basis. So once a job becomes vacant, there are a number of people who’d express interest in coming in. So I cannot say Chris is not on the table. He is a coach who’s available, and who may be would like to come in as the next coach of the Black Stars,” he stated.

Rumours are rife that the former Norwich City and Brighton Hove and Albion manager will be named as the next Black Stars coach in the next few days.

Hughton has been in Accra for the past few days and he has held meetings with President Nana Addo Dankwa Akufo-Addo and some other stakeholders.