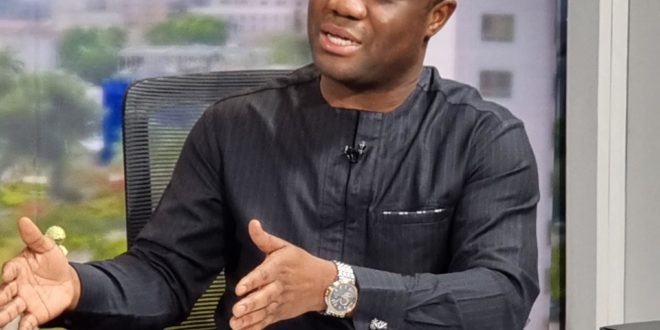 “He has completely disappeared from the economics team. He has gone into hiding, and he is avoiding discourse on the economy like the plague,” Mr. Ofosu said on Eyewitness News.

Mr. Ofosu believes Dr. Bawumia is well aware of the declining state of the economy and avoiding it.

Mr. Ofosu further questioned the lack of clarity from the government, which he said “has not been forthcoming with any plan.”

“If you say you don’t want to go to the IMF, what is the credible plan that you have to ensure that confidence returns to the economy and that we do not collapse?”He asked.

Mr. Ofosu also rubbished the government’s response to the recent rating agencies’ assessment of the economy.

The government, for instance, did not agree with the ratings from Fitch and Moody’s, which tagged Ghana as unstable and regressing.

But Mr. Ofosu retorted that “if two of them give you a very grim, very dire, very gloomy outlook, I’m not sure if there is anything to be proud of.”

In one of its arguments, the government said the downgrade by Moody’s was underpinned by a lack of ground work by its Lead Analyst.

But Mr. Ofosu retorted that “this is the most ridiculous and embarrassing excuse I have ever heard any government make about a downgrade.”

“Data is data and nobody has to travel from Paris or London to Accra to obtain it,” he added.