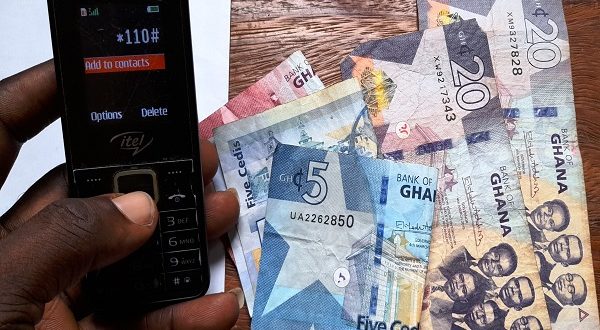 Group To Akufo-Addo: Resign If You Can’t Govern Without E-Levy

Members of the Citizens Movement for Good Governance (CMoGG), a citizen pressure group, is calling on the President, Nana Addo Dankwa Akufo-Addo and the Vice President, Dr Mahamudu Bawumia to vacate the Presidency if they cannot manage the economy without the E-levy.

The group said, “we are asking you and your entire government team to without any further delay, to resign for running short of the right policy ideas to effectively govern the country and prudently manage the economy”.

The National Convener of CMoGG, Raphael Godlove Ahenu, in an interview with JoyNews questioned why the Nana Akufo-Addo and Dr Bawumia-led government wants to impose more untold hardship on the Ghanaian people with the introduction of E-levy.

“We believe the government out of pure wickedness is doing everything possible in the face of national resistance to operationalize this killer tax although there are more innovative ways of generating revenue,” Mr Ahenu emphasised.

He further said the assertion by some government officials that without the E-levy, Free Senior High School will be cancelled, contractors cannot be paid, District Assembly Common Fund cannot be released among others is regrettable and shameful.

“It is important to remind the good people of Ghana that research has pointed out that mother Ghana, under the watch of the Nana Akufo-Addo – Dr Bawumia-led administration, is on annual basis losing more than US$3 billion to corruption which is several times more than the expected resource the E-levy seeks to rake in.

So, what every serious and responsible government should have done was to seal the leakage that drains the national resources but not to exploit the people more into the holey bucket,” the National Convener of CMoGG stated.

He said the government needs to be told in plain words that if E-levy is forced through Parliament, Ghanaians will resist its implementation, adding it is, therefore, the responsibility of every citizen to ensure E-levy has no space in any policy framework.

“Given the adamant nature and level of insensitivity of the government to the plight of Ghanaians, the only thing that can stop this evil E-levy on our soil is for the citizens to rise to demand accountability from this government,” Mr Ahenu stated.

He, however, assured the movement’s commitment to work with like-minded individuals and groups across the country to mount pressure through a series of well-organized lawful actions to stop the passage of the E-levy bill.

“We are strongly convinced that there are fine brains with practical, creative and very innovative ideas that can govern and manage this economy well without the imposition of this nuisance and heartless tax called E-levy,” the national convener of CMoGG added.