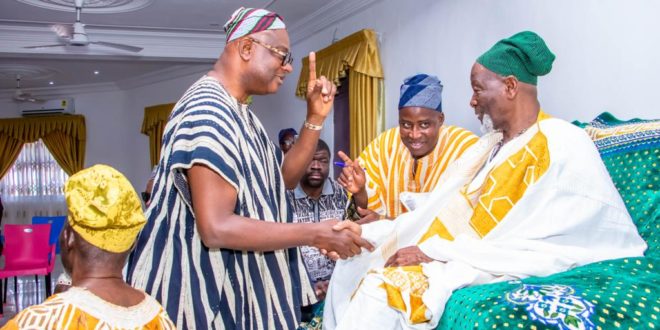 The biggest opposition party in Ghana, the National Democratic Congress ( NDC) is yet to open nominations for the various positions in the party from Branch Executives, Constituency Executives, National Executives and to ultimately the Flagbearer position.

Article 43 of the NDC constitution states that; The date and venue for the election of the Presidential Candidate shall be decided by the National Executive Committee (NEC) but that election shall take place at least twelve (12) months before a national election date if the Party is in power and at least twenty four (24) months if the Party is not in power.

With this background, the NDC as an opposition party must therefore elect their Presidential Candidate by 7th December 2022 which is barely eight (8) months to go. It is not known when NEC will announce the dates for the various elections to see those who will step forward to contest for the various positions of leadership.

In the meantime, a stalwart and founding member of the NDC who has unofficially disclosed that he is ready and able to lead the party as a Presidential Candidate is the former Board Chairman of the National Sports Council, Former Managing Director of Ghana Oil company ( GOIL) and popularly known in recent times as “Mayor One” the Former Mayor of Kumasi in the last government, Mr. Kojo Bonsu.

Mr. Bonsu has been praised for his bold decision to contest as a Presidential Candidate when the nomination process opens and feedback from the grassroots is that he is clearly a front runner for the position in a party that clearly must employ an innovative strategy to capture power in 2024 from the ruling NPP.

His capacity to lead the NDC speaks for itself, from his football management days , his business acumen in marketing and media as well as his exceptional leadership qualities as a public servant.

Latest to grant his blessing on Mr Kojo Bonsu in his quest to lead the NDC is the Overlord of the Dagbon Kingdom, His Royal Majesty Yaa Naa Abukari Mahama II.

The Dagbon King received the former Mayor during a courtesy call paid on him in a very welcoming atmosphere at the legendary Gbewaa Palace.

The Yaa Naa stated that this country needs bold and fearless leaders like Kojo Bonsu to turn the fortunes of this nation. His Majesty Yaa Naa Abukari Mahama II disclosed that he will always remember the former Mayor in his prayers and requested that Mr Bonsu should always have the people of the North at heart and Ghana as a whole for transformational development.

The Yaa Naa presented some tubers of yams, guinea fowls and other customary gifts to Mr. Kojo Bonsu as a sign of appreciation and love from the Dagbon King.

Mr Bonsu reminded his royal hosts that he spent most of his early years in the Northern Region as he attended Tamale Secondary school for his secondary education, so he has always observed the North as his second home.

He said “Ghana needs an able and listening leader to keep our democracy relevant, as many are dangerously losing hope in our journey. For many voters especially the youth our democracy is proving to be a failed experiment and yet as much as they may have reason to believe so, we must quickly prove this to be wrong with the best of our development initiatives and leadership style to speak for us where words will no longer be assuring.”

After a similar engagement at the last Akwasidae presided over by the Asantehene Otumfuo Osei Tutu II at Manhyia Palace in Kumasi, Mr. Bonsu thought it wise to visit his second home and pay due respect to the Northern Chiefs to inform them of his intentions.

“My main aim is to Unite NDC members , galvanize support from non-NDC members to help bring power back to the umbrella party and change the fortunes of Ghana in a strategic and transformational leadership style that will see the efficient use of this country’s resources to the benefit of all Ghanaians.”

He continued, “There is a lot of team building and reconciliation work required to bind all the natural differences of opinion that will arise from a party that has been in opposition for six years. If given the go ahead to lead as flag bearer, I intend to bring all the rank and file together in one victory focused mode to ensure we deliver the change that the majority of Ghanaians and not only NDC supporters are sincerely looking for. ”