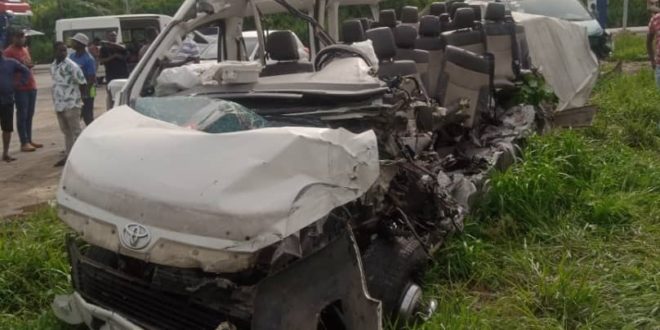 Five people have been confirmed dead after a Toyota Hiace vehicle rammed into an articulated truck on the Accra-Kumasi Highway.

According to the Public Relations Officer (PRO) of the Eastern Region Police, DSP Ebenezer Tetteh, the driver of the Toyota Hiace died on the spot, while seven injured persons have been hospitalised.

After veering off its lane, the Toyota Hiace is reported to have crashed into an articulated truck loaded with water pumping machines travelling from Tema towards Kumasi with three escort vehicles.

“On the 4th of April at about 3:55 am, a suspected driver now deceased who is yet to be identified was in charge of Toyota Hiace minibus with registration number AK-1145-21 with 13 persons on board, travelling from Kumasi towards Accra.

“On reaching a section of the road on the Accra-Kumasi highway, the suspected driver, without due care and attention veered off from his lane and crashed into an articulated truck with registration number GT-3799-16,” he said. 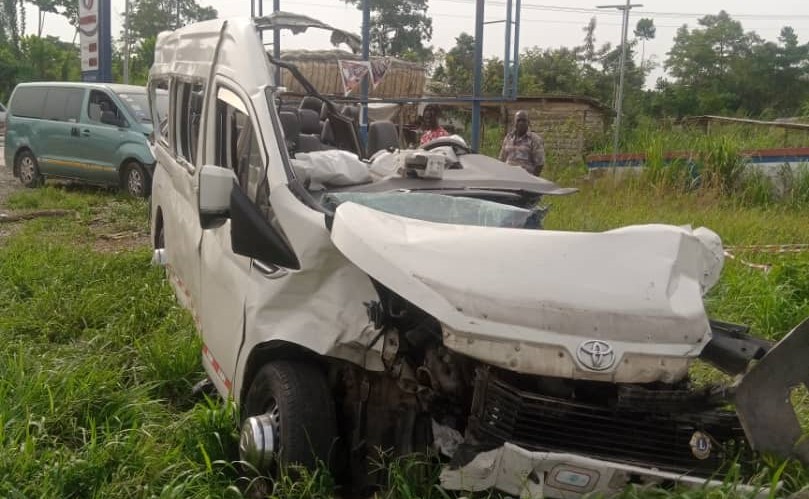 Driver of the vehicle yet to be identified died on the spot, the Police have said. 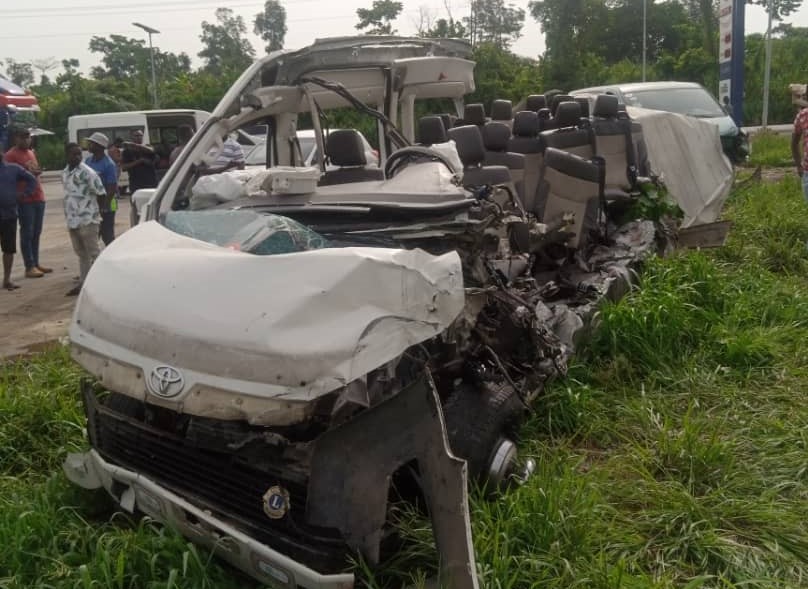 “Accident vehicle has since been towed from the scene to pave way for incoming vehicles not to bump into the vehicle and also to prevent traffic from building on the road.
5 dead, others severely injured in accident on Accra-Kumasi highway

“The driver and vehicle licence officer has been invited to come and test the vehicle for possible defects,” DSP Tetteh added.
5 dead, others severely injured in accident on Accra-Kumasi highway 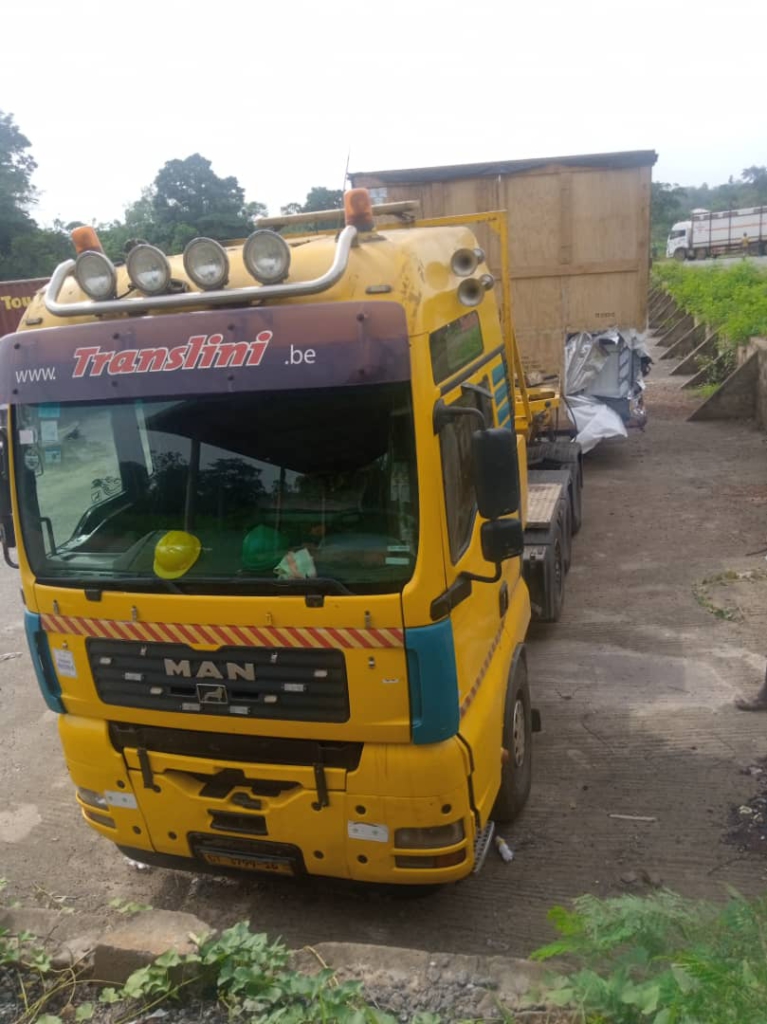 Bodies of the deceased have been deposited at the Kibi Government Hospital mortuary for identification, preservation and autopsy.

I'm Adwenpa-Hene |Blogger & Broadcaster Journalist. I am the CEO and manager of this noble website. I publish on Entertainment, Sports, Politics, Lifestyle, and Technology. You can also follow Us on : YouTube Channel - My Ghana Media TV, Facebook - MyghanaMedia TV , Twitter - @MyGhanamedia2 & Instagram - My Ghana Media TV. Email Address: [email protected] Contact Us: 0200818719
@@MyGhanamedia2
Previous Bank Of Ghana Double Standard On Digital Currencies And Virtual Regime – Adombire Clinton Writes
Next ‘If There Is Corruption It’s Because Parliament Is Not Stopping It’ – National Security Minister Says