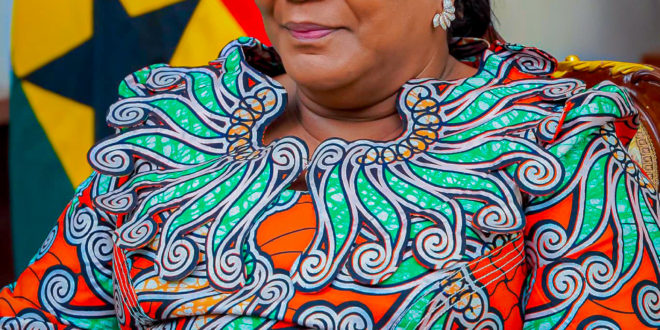 The National Media Commission (NMC) has determined that a discussion on Accra FM’s The Citizen Show which was aired on January 11, 2022, that alleged corruption against the Rebecca Foundation and the First Lady, Rebecca Akufo-Addo was unprofessional.

The decision of the NMC Complaints Settlement Committee was based on the admission by the radio station that it erred in the allegations.

The media house also said it have nothing to substantiate any of the allegations and was therefore willing to retract the publication and apologise to the Foundation and the First Lady.

The NMC accordingly ruled against Accra FM and directed the parties to agree on the terms of apology to be rendered by the radio station in line with the appropriate provisions in the NMC Complaint Settlement procedures.

The subject of discussion was centered on purported acquisition of state lands around Adenta and Cantonments near the AU Village known as Aviation lands in lieu of salary to be paid to the Executive Director of the Foundation, Rebecca Akufo- Addo.

The panelist accused the First Lady of corruption, and for destroying the Ghana Manganese Company by taking millions of dollars from it for use by the Foundation.

The programme also described the First Lady as the mastermind behind all alleged corrupt deals emanating from the Jubilee House.

The Foundation denied all the allegations and stated that the broadcast was malicious and full of lies to cause public disaffection for the Foundation and the First Lady.

The Foundation appealed to the NMC to call Accra FM to order and have the false publication pulled down from their social media pages.

The Foundation further asked the FM station to retract and apologise through the same medium where the offending article was published.

In their reaction to the Commission, Accra FM admitted that they could not validate their claims and expressed their preparedness to comply with the demands of the Foundation and the decision of the Commission.

The Commission in its ruling said by admitting that they broadcast the material without prior verification, Accra FM failed to live up to the ethical standards required of a broadcaster.

The Commission, however, commended the station for accepting to apologise and retract the publication but noted that their admission of error did not take away the professional requirement for verification and fact-checking before publication.

The Commission has meanwhile advised all media houses and journalists to exercise the greatest professional care and diligence in handling materials that have the capacity to affect the public judgment of all citizens.