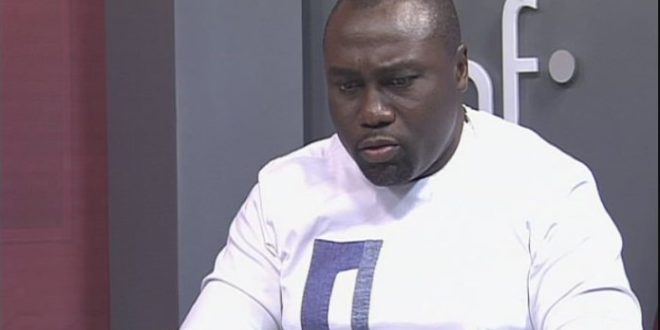 A member of the legal team of Michael Ankomah-Nimfah, the plaintiff in the Assin North case, is advising the Electoral Commission (EC) to hold on to proceeding to organise a by-election following the apex court’s ruling on Wednesday, April 13.

Following the ruling, the Attorney-General, Godfred Yeboah Dame, indicated that nothing bars the EC from declaring the seat vacant and proceeding to organize a by-election.

However, Gary Nimako, speaking on JoyNews’ AM Show on Thursday, disagreed with the AG.

According to him, until the final case pending before the apex court is determined, the EC cannot proceed to organise a by-election.

“Well, I think that the EC would have to hold on to organizing a by-election and let this case be brought to finality by the Supreme Court in an expeditious manner. So that post whatever the Supreme Court says, it will inform all of us on the next step to take.”

This, he explained that yesterday’s ruling would have ended the case had the lawyers for the embattled lawmaker not filled for a review of the High Court ruling.

“So clearly, as it stands now, I hold the humble view that James Gyakye Quayson will remain a Member of Parliament but cannot go to Parliament because he has been injuncted.”

The view expressed by Gary Nimako is one that is also held by the Director of Legal Affairs of the National Democratic Congress (NDC), Abraham Amaliba

“That is not possible. The Supreme Court, when adjourning today, said the substantive matter has been adjourned sinedial until that matter is disposed of, nobody should be talking about by-election and how did they come to that conclusion,” he said in a JoyNews interview on Wednesday, April 13.

I'm Adwenpa-Hene |Blogger & Broadcaster Journalist. I am the CEO and manager of this noble website. I publish on Entertainment, Sports, Politics, Lifestyle, and Technology. You can also follow Us on : YouTube Channel - My Ghana Media TV, Facebook - MyghanaMedia TV , Twitter - @MyGhanamedia2 & Instagram - My Ghana Media TV. Email Address: [email protected] Contact Us: 0200818719
@@MyGhanamedia2
Previous [Video +Photos]: Truck Falls On Saloon Car In A Gruesome Road Crash, One Injured At Jayee University stretch
Next Video: Dr Bawumia Teases A BECE Graduate Who Asked Him A Critical Question About Jobs After School