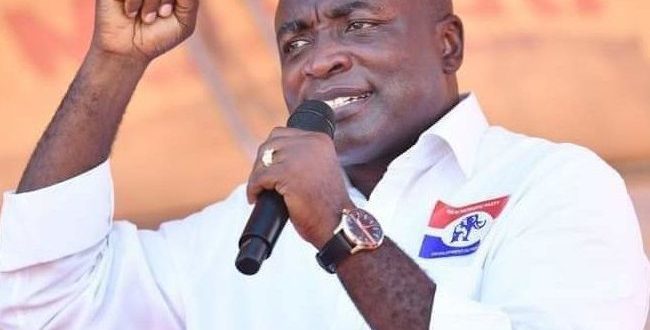 A former General Secretary of the New Patriotic Party (NPP) Kwabena Agyei Agyepong has said Ghana should return to the O-Level system of education.

Comparatively, he said, that system was much better than the current status quo with the Junior High and Senior High School system.

He explained that O-Level system of education prepared the students well for responsibilities than what the JHS system is offering.

Speaking in an interview on the New Day show on Tv3 Monday June 13, he said “I think that if we can ever go back to the original system we should go back to it. In those days when you finish O-Level 17, 18 years, you can go off into the Army, the Police.

“You were man when when somebody graduated from O-Level, then after that you can come to 6th Form for two years, then you can branch off whether you want to continue to technical area, security services, do business or go through the humanities at the University.

See also  I Will Not Tolerate LQBTQI+ On My Stool Land Our Customs Is Against - Chief Caution.

“I think that that was a much better system, it was more equitable and it gave the opportunity for students all over the country to mix up. Right now you are keeping them in their set location for a very long time. It doesn’t help the coerciveness of the country because in those day, we had students coming from Osiem LA Middle School and they will make it to Mfanstipim.

“I don’t like the JHS, system because you are kept in your locality up to about 15 years, which is not good. There were guys who came to Mfantsipim at 10 years, 11 years, I was 12 years at the time and these are your formative years.

“If you stay at home and you come from a family that is a bit well to do you wont sweep, you won’t know to lay bed, you won’t wash toilet, you wont weed, so they grow up by the time they are 15, 16, you push them to SHS they are there for two and a half years.”

See also  Fight Against ‘Trumu Trumu’ Is Not Of The Lord's - Prof. Yaw Gyampo

It is recalled that the Ghana Charismatic Bishops’ Conference made a similar call in 2017 to scrap the JHS and senior high school SHS systems to be replaced with the ‘O’ and ‘A’ level system.

In a four-point communiqué issued in line with Ghana’s 60th Independence anniversary in Accra, the GCBC called for the reintroduction of ‘A’ Level education for the ordinary citizen, arguing that Ghana had been subjected to an inferior form of education through the JHS and SHS for many years.