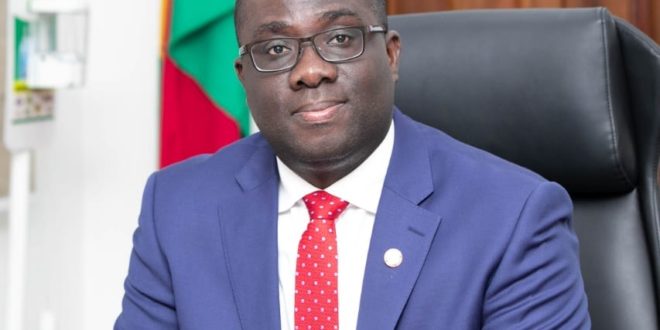 A 73-year-old businessman Emmanuel King Opare, a known member of the ruling New Patriotic Party and a 55-year-old Teacher, Elizabeth Manukure, both residents of Akuapem Mamfe in the Akuapem North Municipality of the Eastern Region have been arrested over GHC58,200 recruitment fraud.

The accused persons allegedly used the name of the Chief Executive Officer of the National Lottery Authority, NLA, Sammi Awuku to collect the money from six victims who are complainants in the case under the pretense of securing them enlistment into the security services.

The facts of the case presented by the Prosecuting Officer, Chief Inspector Bernard before a Koforidua Circuit court are that the first accused person Emmanuel King Opare told his friend Eric Okornoo in January 2021 that he has some protocol slots to enlist people into the security services hence if he could get some people who are interested and ready to pay GHC7000 for recruitment, GHC1,200 for medicals and GHC1,500 for prospectus all totaling GHC97,00.

The witness informed the victims now complainants who eventually paid the monies totaling GHC58,200 which were handed over to the first accused Emmanuel King Opare by the witness in the case together with their documents.

However, Opare failed to honor his promise of enlisting them into the security services and kept fabricating excuses.

The victims together with the complainants reported the case to the Railways Police station for investigation.

The first accused was arrested at his hideout in Mamfe Akuapem where he mentioned the second accused Elizabeth Manukere as his accomplice.
She was also arrested. She mentioned one Mr. Mensah who she claimed was working out the enlistment and hence sent GHC25,200 to him.

During her caution statement, Elizabeth Manukure admitted receiving GHC4,200 from Emmanuel King Opare for each person contrary to claims of given her GHC9,700 per victim.

Police investigation disclosed that Elizabeth Manukure received a total of GHC25,200 only from Opare and not GHC58,200 as claimed. That Opare pocketed GHC33,000.

The defense counsel, Adu Amankwah pleaded with the court to grant the accused bail and give them three months to refund the rest of the money.

The Judge scolded the accused persons for defrauding victims who could be their children and grandchildren.

The Judge admitted the accused persons to a bail sum of GHC30,000 with two sureties each.

The case has been adjourned to July 4, 2022, for which the court is expecting the accused persons to have refunded the rest of the money.