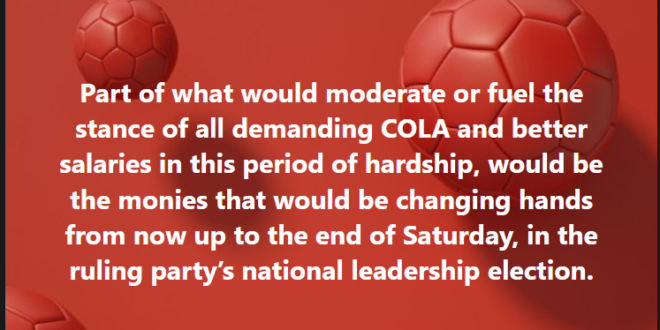 Professor of Political Science & Founding Director of the Centre for European Studies, University of Ghana, Legon , Professor Ransford Edward Van Gyampo has stated that the current agitations on the labour front may intensify if the contestants display cash at the NPP’s upcoming National Delegates Conference.

The ruling New Patriotic Party (NPP) is set to organise its National Delegates Conference this weekend, to elect new national executives for the party. 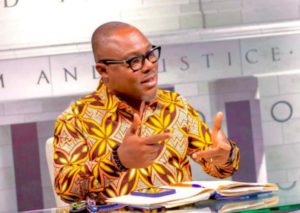 Over the years, such conferences by political parties in Ghana have been characterised by vote-buying; with aspirants splashing monies to win the sympathy of delegates.

See also  Mahama Files Application To Stop The Hearing Of His Petition.

According to Professor Gyampo, if this happens at the NPP’s national executive elections on Saturday, it will cause stakeholders on the labour front to press home their demands.

“Part of what would moderate or fuel the stance of all demanding COLA and better salaries in this period of hardship, would be the monies that would be changing hands from now up to the end of Saturday, in the ruling party’s national leadership election”, he wrote in a Facebook post on Tuesday.

Currently, some labour labour unions are demanding better conditions of service, given the hardship in the country.

A meeting between the agitated workers and government to resolve the impasse ended in a stalemate on Tuesday, after the the representatives of the unions walked out of the discussions.

Meanwhile, the Chairman of the National Election Committee of the ruling New Patriotic Party (NPP), Peter Mac Manu has warned that the party will not countenance any acts of bribery and vote-buying in its upcoming national executive election.

According to him, such acts undermine the country’s constitutional democracy and therefore, his outfit will take steps to prevent its occurrence.