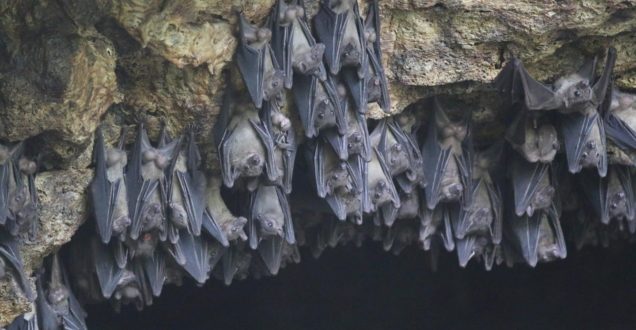 All You Need To Know About Marburg Virus Disease (MVD)

Marburg virus is the causative agent of Marburg virus disease (MVD), a disease with a case fatality ratio of up to 88%, but can be much lower with good patient care.

Marburg virus disease was initially detected in 1967 after simultaneous outbreaks in Marburg and Frankfurt in Germany; and in Belgrade, Serbia.

Marburg and Ebola viruses are both members of the Filoviridae family (filovirus). Though caused by different viruses, the two diseases are clinically similar. Both diseases are rare and have the capacity to cause outbreaks with high fatality rates.

Two large outbreaks that occurred simultaneously in Marburg and Frankfurt in Germany, and in Belgrade, Serbia, in 1967, led to the initial recognition of the disease. The outbreak was associated with laboratory work using African green monkeys (Cercopithecus aethiops) imported from Uganda.

Subsequently, outbreaks and sporadic cases have been reported in Angola, the Democratic Republic of the Congo, Kenya, South Africa (in a person with recent travel history to Zimbabwe) and Uganda. In 2008, two independent cases were reported in travellers who had visited a cave inhabited by Rousettus bat colonies in Uganda.

Marburg spreads through human-to-human transmission via direct contact (through broken skin or mucous membranes) with the blood, secretions, organs or other bodily fluids of infected people, and with surfaces and materials (e.g. bedding, clothing) contaminated with these fluids.

Health-care workers have frequently been infected while treating patients with suspected or confirmed MVD. This has occurred through close contact with patients when infection control precautions are not strictly practiced. Transmission via contaminated injection equipment or through needle-stick injuries is associated with more severe disease, rapid deterioration, and, possibly, a higher fatality rate.

Burial ceremonies that involve direct contact with the body of the deceased can also contribute in the transmission of Marburg.

People remain infectious as long as their blood contains the virus.

The incubation period (interval from infection to onset of symptoms) varies from 2 to 21 days.

Diarrhoea can persist for a week. The appearance of patients at this phase has been described as showing “ghost-like” drawn features, deep-set eyes, expressionless faces, and extreme lethargy. In the 1967 European outbreak, non-itchy rash was a feature noted in most patients between 2 and 7 days after onset of symptoms.

Many patients develop severe haemorrhagic manifestations between 5 and 7 days, and fatal cases usually have some form of bleeding, often from multiple areas. Fresh blood in vomitus and faeces is often accompanied by bleeding from the nose, gums, and vagina. Spontaneous bleeding at venepuncture sites (where intravenous access is obtained to give fluids or obtain blood samples) can be particularly troublesome.

During the severe phase of illness, patients have sustained high fevers. Involvement of the central nervous system can result in confusion, irritability, and aggression. Orchitis (inflammation of one or both testicles) has been reported occasionally in the late phase of disease (15 days).

In fatal cases, death occurs most often between 8 and 9 days after symptom onset, usually preceded by severe blood loss and shock.

It can be difficult to clinically distinguish MVD from other infectious diseases such as malaria, typhoid fever, shigellosis, meningitis and other viral haemorrhagic fevers. Confirmation that symptoms are caused by Marburg virus infection are made using the following diagnostic methods:

Samples collected from patients are an extreme biohazard risk; laboratory testing on non-inactivated samples should be conducted under maximum biological containment conditions. All biological specimens should be packaged using the triple packaging system when transported nationally and internationally.

Currently there are no vaccines or antiviral treatments approved for MVD. However, supportive care – rehydration with oral or intravenous fluids – and treatment of specific symptoms, improves survival.

There are monoclonal antibodies (mAbs) under development and antivirals e.g. Remdesivir and Favipiravir that have been used in clinical studies for Ebola Virus Disease (EVD) that could also be tested for MVD or used under compassionate use/expanded access.

In May 2020, the EMA granted a marketing authorisation to Zabdeno (Ad26.ZEBOV) and Mvabea (MVA-BN-Filo). against EVD . The Mvabea contains a virus known as Vaccinia Ankara Bavarian Nordic (MVA) which has been modified to produce 4 proteins from Zaire ebolavirus and three other viruses of the same group (filoviridae). The vaccine could potentially protect against MVD, but its efficacy has not been proven in clinical trials.

Rousettus aegyptiacus bats are considered natural hosts for Marburg virus. There is no apparent disease in the fruit bats. As a result, the geographic distribution of Marburg virus may overlap with the range of Rousettus bats.

African green monkeys (Cercopithecus aethiops) imported from Uganda were the source of infection for humans during the first Marburg outbreak.

Experimental inoculations in pigs with different Ebola viruses have been reported and show that pigs are susceptible to filovirus infection and shed the virus. Therefore, pigs should be considered as a potential amplifier host during MVD outbreaks.

Although no other domestic animals have yet been confirmed as having an association with filovirus outbreaks, as a precautionary measure they should be considered as potential amplifier hosts until proven otherwise.

Precautionary measures are needed in pig farms in Africa to avoid pigs becoming infected through contact with fruit bats. Such infection could potentially amplify the virus and cause or contribute to MVD outbreaks.

Healthcare workers should always take standard precautions when caring for patients, regardless of their presumed diagnosis. These include basic hand hygiene, respiratory hygiene, use of personal protective equipment (to block splashes or other contact with infected materials), safe injection practices and safe and dignified burial practices.

Healthcare workers caring for patients with suspected or confirmed Marburg virus should apply extra infection control measures to prevent contact with the patient’s blood and body fluids and contaminated surfaces or materials such as clothing and bedding.

When in close contact (within 1 metre) of patients with MVD, health-care workers should wear face protection (a face shield or a medical mask and goggles), a clean, non-sterile long-sleeved gown, and gloves (sterile gloves for some procedures).

Laboratory workers are also at risk. Samples taken from humans and animals for investigation of Marburg infection should be handled by trained staff and processed in suitably equipped laboratories.

Marburg virus is known to persist in immune-privileged sites in some people who have recovered from Marburg virus disease. These sites include the testicles and the inside of the eye.

Relapse-symptomatic illness in the absence of re-infection in someone who has recovered from MVD is a rare event, but has been documented. Reasons for this phenomenon are not yet fully understood.

Marburg virus transmission via infected semen has been documented up to seven weeks after clinical recovery. More surveillance data and research are needed on the risks of sexual transmission, and particularly on the prevalence of viable and transmissible virus in semen over time. In the interim, and based on present evidence, WHO recommends that:

WHO has developed detailed advice on Marburg infection prevention and control:

I'm Adwenpa-Hene |Blogger & Broadcaster Journalist. I am the CEO and manager of this noble website. I publish on Entertainment, Sports, Politics, Lifestyle, and Technology. You can also follow Us on : YouTube Channel - My Ghana Media TV, Facebook - MyghanaMedia TV , Twitter - @MyGhanamedia2 & Instagram - My Ghana Media TV. Email Address: [email protected] Contact Us: 0200818719
@@MyGhanamedia2
Previous Ghanaian Goalkeeper Crashed To Death While Chasing Ball During A Friendly Match
Next Afrobarometer Report : 87% of Ghanaians Says The Country Is Heading In Wrong Direction; Only 11% See Things Going In Right Direction