Breaking News
Home / POLITICS / Majority Leader To NPP Challenger: If It’s For You, I Will Contest Again To Show You Where You Belong [video] 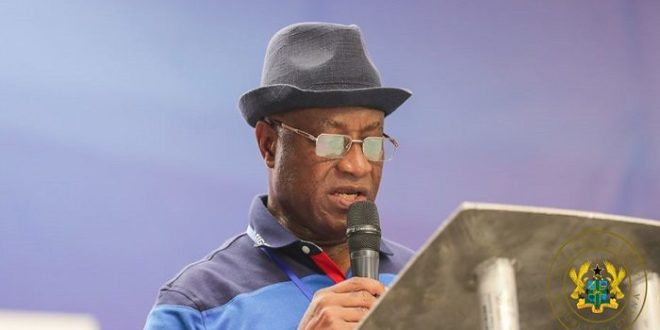 Majority Leader To NPP Challenger: If It’s For You, I Will Contest Again To Show You Where You Belong [video]

The Member of Parliament for Suame, Osei Kyei-Mensah Bonsu has reiterated his decision not to seek re-election.

He said he took that decision last year.

The MP who is also the Majority Leader and Minister for Parliamentary Affairs explained that but for the party and government, he was not going to contest in the 2020 elections based on the advise given by his wife.

Speaking in an interview with TV3 on Tuesday July 19, the Majority Leader in Parliament noted that someone in his party in the constituency is claiming that he decided not to seek re-election because he has lost favour with the people.

See also  Alliance Getting Down To Business To challenge NPP, NDC In 2024 Polls

He dared the person who he said has an ambition to be the MP for the area and spearheading the assertion about him that, if it is for him alone, he Mr Kyei-Mensah-Bonsu will contest again and sweep him aside.

He however said, it will not be because of the person that he will go back on his decision to retire.

“I have already given an indication. Last year, was when I indicated that God willing, everything being equal, I will not contest again. In fact the last one that I did contest, but for the government, I wouldn’t have contested.

“I know there are some going out there to say that Kyei-Mensah-Bonsu has lost favour with the people and so if he contest again he will lose. If it is for those people, I will contest. The guy who is making the noise, if it is for him, I will contest again and and we will show him where he properly belongs but that is not it, it is about having served the people for a long time.”

My wife urged me not to contest the 2020 elections but the government insisted and I obliged – Majority Leader, Osei Kyei-Mensah-Bonsu #3FMSunrise pic.twitter.com/HqxPmA77Eb

See also  Majority Leader, Kyei-Mensah-Bonsu To Bow Out Of Parliament After His Current Term Expires