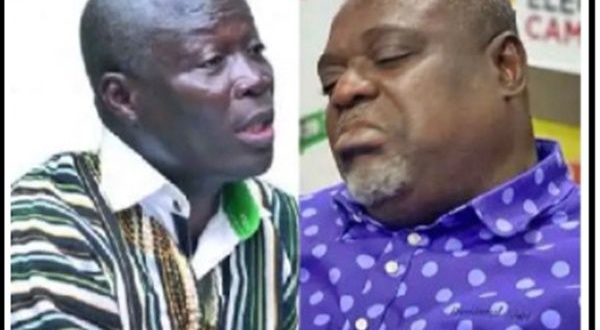 Audio: You Will Be Buried If…….. – Odododiodoo MP Cautions Koku Anyidoho

Member of Parliament for Odododiodoo constituency has sent a note of caution to founder of Atta Mills Institute, Koku Anyidoho not to dare prevent the National Democratic Congress (NDC) from entering Asomdwee Park to commemorate the 10th anniversary celebration of the late President.

Edwin Nii Lante Vanderpuye assured he will personally meet Mr Anyidoho boot-for-boot if he attempts to prevent them.

This was after Mr Anyidoho served notice the NDC will not be allowed to do its wreath laying ceremony after the Atta Mills Institute and government have done a similar event.
Koku Anyidoho

He argued that, a political party which allowed the tomb of its late leader to be desecrated does not have the moral right to be at Asomdwee Park to pay their last respects.

This comment did not go down well with the opposition party which has slated its event at 1: pm on Sunday.

He said they have secured permission from the state to hold the event, hence no one including him can stop them.

“The NDC has been given permission by the National Security to organise their function in the afternoon who is Koku to say he will prevent us from entering? Let Koko, if he is a man, come and stand in front of me and say he is preventing me; he will be buried,” he warned.

The Odododiodoo MP cautioned government not to fall for the antics because NDC will not fall for it.

Mr Vanderpuye, who claimed to have introduced Mr Anyidoho to late Atta Mills, said he [Koku] is crying more than the bereaved.

“Atta Mills institute does not have any legal right over the memory of Atta Mills; the family does,” he stated.

Play the audio below :

I'm Adwenpa-Hene |Blogger & Broadcaster Journalist. I am the CEO and manager of this noble website. I publish on Entertainment, Sports, Politics, Lifestyle, and Technology. You can also follow Us on : YouTube Channel - My Ghana Media TV, Facebook - MyghanaMedia TV , Twitter - @MyGhanamedia2 & Instagram - My Ghana Media TV. Email Address: [email protected] Contact Us: 0200818719
@@MyGhanamedia2
Previous Ghana: Today’s Newspapers Headlines; Thursday 21st July, 2022
Next ‘Do All You Can To Break The 8’ – Nana Addo To NPP’s New Executives