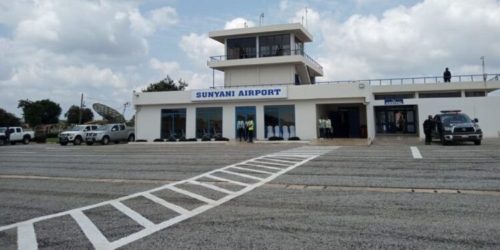 The Minister said the first phase of the rehabilitation and expansion of the airport was complete, adding that the President would also perform a ground-breaking ceremony for work to begin on the second phase of the project.

Mr. Asiamah said this last Tuesday when he inspected the progress of work on the facility in Sunyani. He was accompanied by the Bono Regional Minister, Justina Owusu-Banahene; the Minister of Employment and Labour Relations, Ignatius Baffour-Awuah, who is also the MP for Sunyani West; and Kwasi Ameyaw-Cheremeh, MP for Sunyani East.

The closure of Sunyani Airport for several years now had been a major concern of the people of the Bono Region and other surrounding areas, culminating in a demonstration by the youth of Sunyani sometime last year, among other agitations.

In 1969, the Busia government, seeing the need for an airport in Sunyani, initiated construction work for a full airport. This was completed and officially opened on July 13, 1974.

In March 2015, the Sunyani Airport was temporarily shut down due to the extent of visible deterioration of the airfield.

Upon assumption of office in 2017, President Nana Akufo-Addo initiated moves to undertake major rehabilitation works at the airport to, among other things, ensure that facilities and services at the airport meet all international safety and security standards.

Mr. Asiamah said he was highly impressed about the work done so far, particularly on the runway, and commended the contractors for the good work.

He however expressed worry about the level of encroachment on the airport’s land, saying discussion were ongoing between the GACL, GACC, traditional authorities and the encroachers to help resolve the situation.
See also Ghana launched “See something, say something” campaign in dealing with terrorists after 10 soldiers were killed in Togo

Madam Justina Owusu-Banahene, the Bono Regional Minister, explained that the commissioning of the facility would open up the region, and spur rapid socio-economic growth and development.

She said it had always been hectic for people in the region travelling long hours to Accra, and expressed the hope that the people would patronize the facility to enhance domestic air transport.

She noted that the Bono Region has huge economic prospects, adding that the flight operations would open up the regional capital, and boost economic activities.