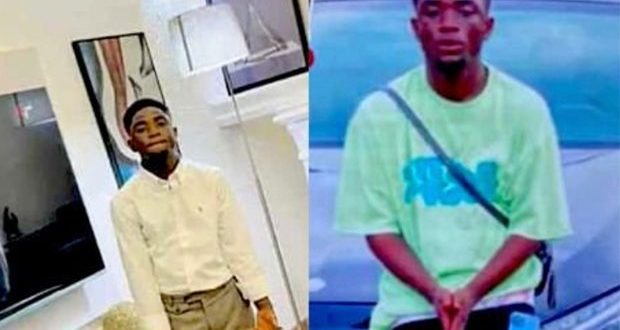 Collins Asumadu, the 22-year-old internet fraud boy aka ‘Sakawa’, who was shot dead in Kumasi last Tuesday, allegedly suffered his fate after he duped his crime partners a staggering US$250,000.

According to reports reaching the paper, Asumadu had strong links with some banking institutions in the country, therefore, he usually withdraw fraud monies for his crime partners and take a cut for his efforts.

However, on this particular deal, which was said to involve a mouthwatering US$250,000, which was sent into his (Asumadu’s) accounts, he decided to rip off his business partners by keeping all the money.

Asumadu’s angry business partners, whose identities are not known yet, therefore tracked Asumadu, who was driving an unlicensed Mercedes Benz car, and shot him dead in Kumasi last Tuesday.

According to close sources, who spoke to the DAILY GUIDE on condition of anonymity, Asumadu had dropped a friend at Sofoline late in the night and he was returning to Offinso, his base, when calamity struck.

The trigger-happy faceless people, reportedly, fired series of gunshots into the driver side of the Benz, hitting Asumadu’s head, neck and thighs, resulting in loss of blood, leading to his unfortunate death.

Asumadu, miraculously, did not die instantly after being shot. Even though he was bleeding profusely, he reportedly drove in search of a nearby hospital for medical attention to save his life.

But whilst in search of a medical facility, Asumadu, who had lost a lot of blood, collapsed and lost control of the car, which hit a pavement before stopping finally. He gave up the ghost instantly behind the wheels.

Asumadu was said to be a student of the Oyoko School of Dispensing Optics. Close sources said Asumadu was fabulously rich, as he owned a mansion with a swimming pool and countless number of expensive cars.

The now deceased ‘Sakawa boy’ was said to have made his money through illegal money transactions with his partners. Meanwhile, the police have reportedly started investigations to help arrest Asumadu’s killers.

In related development, Asumadu’s shooting incident has now increased to two, the number of known fraud boys who have been shot dead over money in Kumasi, the Ashanti Regional capital, in just one year.

It would be recalled that in May 2021, one Akwasi Boakye, a known fraud boy, was also shot dead by some unknown people the very day that he (Boakye) bought a brand new expensive Range Rover vehicle.

Boakye, a resident of Kumasi, was also alleged to have ripped off his friends, who therefore decided to send him into his grave as a form of revenge.