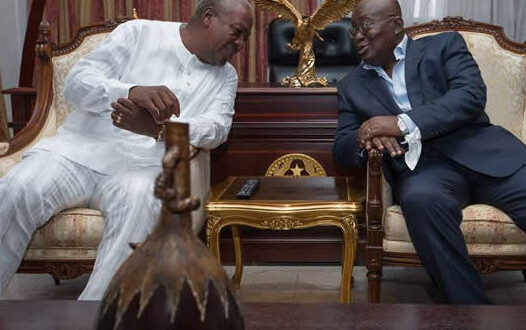 Ghana’s former President, John Dramani Mahama, has expressed worry about the neglect of health projects across the country by the Akufo-Addo-led administration.

According to him, the current government only wastes taxpayers’ money and they lack interest in improving the health sector.

“ I encourage the government to stop wasting our taxpayer’s money and take urgent steps to complete these hospitals.”

Mr. Mahama lamented that hospitals that have been completed by his administration have not been put to use due to reasons best known to the government.

Mr. Mahama noted that the Bamboi polyclinic is part of the neglected hospitals which was part of the many facilities his administration engineered as part of a vision to improve access to health care.

“ Why do you leave a facility to rot away while the people they were built for are left to suffer with some even losing their lives because of lack of the care they need.”

The former President appealed to the District Health Director and the District Chief Executive to ensure that the Bamboi polyclinic is put into use to benefit the people in the area.

Former President, John Dramani Mahama made this known when he and his wife, Mrs. Lordina Mahama, commissioned a Maternity and Children’s Ward at the Bole hospital in the Savannah region.

The commission of the project through the Lordina Foundation formed part of their 30th marriage anniversary celebration.

I'm Adwenpa-Hene |Blogger & Broadcaster Journalist. I am the CEO and manager of this noble website. I publish on Entertainment, Sports, Politics, Lifestyle, and Technology. You can also follow Us on : YouTube Channel - My Ghana Media TV, Facebook - MyghanaMedia TV , Twitter - @MyGhanamedia2 & Instagram - My Ghana Media TV. Email Address: [email protected] Contact Us: 0200818719
@@MyGhanamedia2
Previous Accra: Section of Kwame Nkrumah Interchange To Be Closed On Friday Night
Next Russian Embassy Provides Evidence To Prove Ukraine Invasion Not Cause Of Ghana’s Economic Woes