Breaking News
Home / GENERAL NEWS / “Dr Bawumia Is The Best To Lead, And The Next To lead” – Sir John 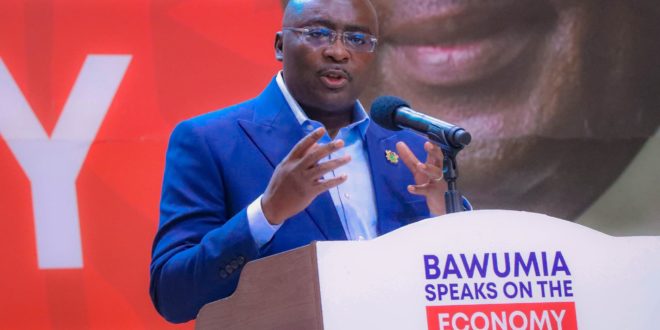 “Dr Bawumia Is The Best To Lead, And The Next To lead” – Sir John

First Vice Chairman of the New Patriotic Party in Atwima Nwabiagya South Constituency, Patron of the NPP Crusaders and other credible NPP Youth Wings Fraternity, Hon. John Kwame Duodu, famously known as Sir John, has described the vice President, Dr  Mahamudu  Bawumia, as “a gift to the nation from God” who has contributed immensely to national development.

According to the Medical Team Member of the NPP in the Ashanti Region, the Vice President, Dr Mahmoudu Bawumia, has been the brain behind most technological advancements in the country through his digitalization agenda to revolute Ghana.

He added that the experience of the Veep being put to work has eliminated almost all underhand dealings in the country, especially in the public sector, and has also yielded great opportunities for the youth as well.

He described Dr.  Mahamudu  Bawumia as an asset to the nation whose work would be recognized by generations to come.

Sir John, while touching on some of the achievements of Dr. Bawumia, especially the implementation of the Ghana Card, gave a breakdown.

“After the Biometric Audit of GoG Payroll, 148,000 (24.6%) out of 602,000 workers have identifications that do not match any biometric identification of NIA.” Again, 533 workers have multiple identities. For example, some people have three different employee numbers”.

“The ghosts are NOT going to resurrect anymore.”

“No more double salaries. We must create space for new entrants’, he said.

He asserted that government is using technology to solve problems faced by the country.

He noted that  government is building a data-based society, thus many of the things done in the technology and digitalisation space are geared toward that.

“Government is really fighting against identify fraud & corruption in Ghana”

He also added that, “Dr Digital  Mahamudu  Bawumia is the best to lead, and the next to lead.”

Sir John said that he had “absolutely no doubt that the Almighty Creator will reward him [Dr. Bawumia ] amply and deservedly for his extraordinary good works.”

He also believes that Ghanaians recognise the immense role Dr. Bawumia has been playing in the development of the nation through the digital agenda.