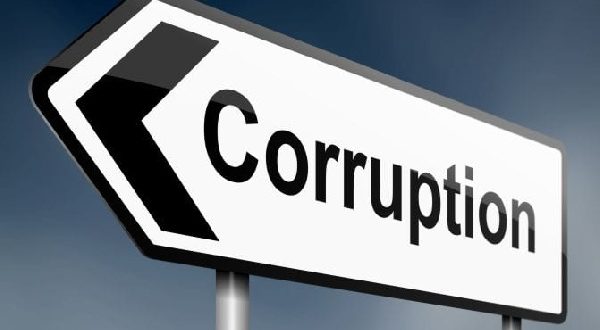 Included in the total payroll irregularities was unearned salaries totalling GH¢1,501,740.00 paid to 146 officers of 47 institutions under the Ministry of Health.

The report said the overall financial impact of weaknesses and irregularities identified in the course of the audit amounted to GH¢1,080,913,824.

The A-G said: “We will investigate these matters further and where appropriate, disallow any items of expenditure that were contrary to law, and surcharge responsible officials accordingly”.

Find excerpts of the report below:

6. Tax irregularities formed 91.5 per cent of the total financial infractions reported. Included in this tax irregularity was GH¢402,804572 due from 28 Oil Marketing Companies (OMCs) who defaulted in paying their rescheduled debt between January 2021 to December 2021.

7. These irregularities could be attributed mainly to failure on the part of the Ghana Revenue Authority to pursue the OMCs by applying the relevant measures and sanctions against defaulters.

8. We recommended that the Commissioner General, GRA should strengthen its monitoring and supervision of its staff. He should also take steps to improve efficiency in their tax collections and follow up on overdue taxes while applying sanctions as prescribed by the tax laws.

See also  Economic Crisis: "Maybe The Levels Of Borrowing Have Been Too Much" – Dept. Finance Minister Admits

9. Total cash irregularities noted during the period amounted to GH¢45,763,607 which represented 4.23 percent of the total irregularities.

11. In the absence of the payment vouchers and supporting documents, we recommended that the Chief Director and the Head of Finance should pay back into account, the amount involved.

12. Total Indebtedness/Loans/Advances amounting to GH¢30,758,576 represented 2.8 per cent of the total irregularities.

A significant amount of these irregularities was GH¢9,521,00.00 owed by 62 companies and individuals to the Ministry of Food and Agriculture for the purchase of Tractors.

13. We recommended that the Chief Director and the Director of Engineering should recover the outstanding debt from the defaulting companies and individuals with interest at the prevailing Bank of Ghana interest rate. Payroll Irregularities – GH¢5,583,498.00

15. We recommended for the recovery of the total amount by the Heads of the various Institutions to Government chest without delay.

16. Stores and procurement irregularities noted during the period amounted to GH¢511,569.00. Included in these irregularities was GH¢108,552.00 relating to items such as laptops, mathematical sets, exercise books, and nose masks procured through the MP’s share of the GETFund from two suppliers by the Ghana Education Service, Akropong – Akuapem, which were not accounted for.

17. The irregularity was due to the direct supply of the items to the MP’s office without available records on the items at the Municipal Education Office before distribution was carried out.

18. We recommended that the Member of Parliament should account for the items worth GH¢108,552.00, failing which he should refund the money.

20. The irregularity was due mainly to the ineffectiveness of Management in the collection of rent from the occupants.

21. We recommended recovery of the rent from the operatives of National Security and the other tenants, failing which they should be ejected from the flats.

22. The total contract irregularities of GH¢1,559,424.00 reported included an amount of GH¢1,188,816.00 which was an interest paid on delayed payments for contract certificates raised.

23. We recommended that the Minister for Roads and Highways should investigate the cause of the interest payment and ensure that those found culpable are made to refund the interest paid.