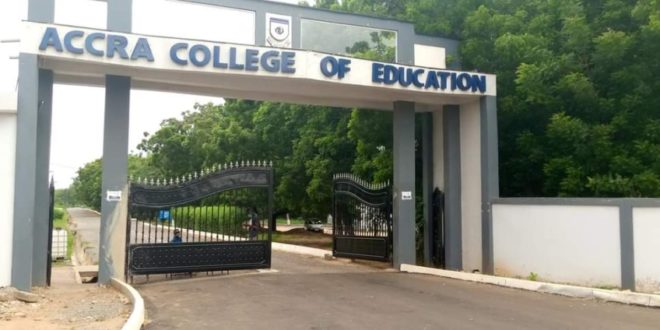 The Colleges of Education Teachers Association Ghana (CETAG) has called off its 28-day mandatory leave which started on September 1.

All teachers in the 46 public Colleges of Education who are members of CETAG proceeded on leave from September 1 and were expected to return on October 10.

Their decision followed a press statement in August 2022 issued by the Association demanding their full conditions of service and other compensatory packages.

The absurd manner in which they embarked on their 28-day mandatory leave compelled the Principals of Colleges of Education, the Teacher Trainees Association of Ghana, the Ghana Tertiary Education Commission and the general public to appeal to CETAG to resume work as their action would endanger teacher trainees in the country.

Fifteen days after the Association proceeded on leave, CETAG has announced that it will resume work on Monday, September 19.

In a statement signed by the National President, Prince Obeng Himah, the new development is to prevent the academic calendar from any distortion.

“The Leadership of the Association has broadly consulted with our legal team, considered the formal appeal by the leadership of the Teacher Trainees Association of Ghana (TTAG) and that of the general public, seen PRINCOF’s resolve to take steps to compensate tutors for engaging in the all-year-round academic work and the goodwill CETAG has enjoyed from the Ghana Tertiary Education Commission (GTEC).

“We have equally considered the need to salvage the academic calendar from imminent distortion. As a result, we hereby direct members to end our 10-working day old leave hitherto, on Friday, September 16, 2022, travel back to our respective campuses within the weekend and resume academic work on Monday, September 19, 2022,” portions of the statement read.

CETAG, however, noted that while it resumes work, further engagements with PRINCOF and the relevant stakeholders will be carried on and members duly updated afterwards.

This new information will bring a huge sigh of relief for teacher trainees as they earlier complained bitterly about the decision of CETAG to embark on their 28-day mandatory leave.

President of the Teacher Trainees Association, Jonathan Dzunu welcomed the new decision by CETAG and urged Principals of Colleges of Education to resolve the issues with CETAG and avoid a more pronounced action in the future.

“We are happy that they have finally given a second thought to their decision after we appeal to them formally. We thank CETAG very much for calling off the leave and then coming back to the classroom,” he said.