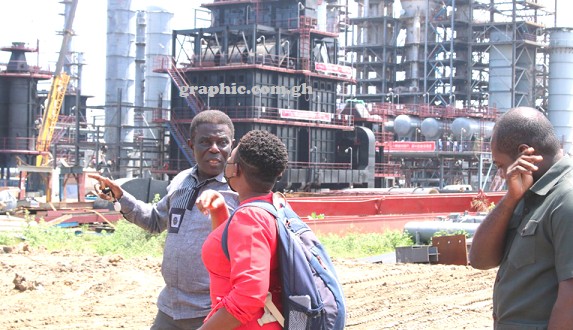 A new oil refinery under construction in the Tema Industrial Enclave is expected to commence commercial operations in January next year.

An investment by the Sentuo Group of Companies, the US$3billion facility, with a capacity of 100,000 barrels per stream day (bpd), will be the largest refinery in Ghana.

It will boost local refining capacity by 60,000bpd, up from the previous 40,000bpd produced by the state-owned Tema Oil Refinery (TOR) before the decommissioning of its expanded plant, which was damaged in an explosion in 2017.

Furthermore, the new refinery will help Ghana cut its long-standing dependence on imported petrol and diesel supplies and save millions of dollars spent to import finished petroleum products.

According to George Andoh and Albert Duncan, consultants on the project, the first phase of the facility, construction of which began in June 2021, is expected to refine 40,000bpd into various petroleum products. Construction work on the first phase is about 80% complete.

Leading the Daily Graphic on a tour of the facility in Tema last Friday, the consultants said roughly two million tonnes of refined products will be produced when the plant is commissioned (test-run) by December this year, before operations start.

See also  Cedi Now Selling Above ¢6, But Analysts Assure There’s No Cause For Alarm

Phase two, which is expected to increase production capacity by an additional 60,000bpd, will bring the plant’s total capacity to 100,000bpd and annual production to five million tonnes, in line with the country’s annual consumption demands, they said.

As of last year, Ghana’s annual domestic petroleum demand stood at 5.5 million tonnes, which makes heavy dependence on imports necessary because of the state refinery’s inability to function at its optimum.

Situated on a 100-acre parcel of land, the refinery will employ about 1,200 people.

Andoh, the lead consultant on the project, said the facility will have processing facilities for various petroleum products to meet Ghana’s demand for petrol, diesel, aviation fuel and liquefied petroleum gas (LPG). The refinery will also have storage facilities that can hold up to a month’s stock of crude oil, he said.

According to Andoh, the first phase of the modern refinery will be able to compete with any advanced refinery anywhere in the world.

“Our objective is that a modern refinery in Ghana should be as efficient as one anywhere in the world because we are all buying crude oil at the same world price using the same resources,” he said.

“By the establishment of this strategic refinery, the national economy will no longer have to be dependent on energy imports, a move which we believe can stabilise fuel and commodity prices,” he added.

Given the refinery’s closeness to a community inhabited by hundreds of indigenous people from Tema, there are concerns over safety.

However, the consultants said the project took into consideration the safety and environmental impact on the community, saying those concerns had been properly addressed, with a re-engineering of the area done in a manner that would not pose any safety risk to residents.

Andoh revealed that to ensure that only quality products from the refinery become available on the local market, desalters had been installed to remove salt, water and solid content from the crude oil to be processed.

Similarly, the refinery will have a desulfurisation unit that will allow for removal of the sulphur content from the oil in production, in line with standard specifications.

“The sulphur will be converted into sulphuric acid, a raw material which is key in the extraction of lithium, an important product in the battery production business,” he said.

Asked whether the new plant could process Ghana’s crude oil, Andoh said it was built to refine any form of crude oil, including that from the country’s oil fields.

“It should be a great story for Ghana for its crude oil to be processed here in Ghana. One of the things we need to do is make sure Parliament will review the laws on the exportation of crude oil from the Ghanaian fields and make sure that a certain percentage will be refined locally for the benefit of the people,” he added. 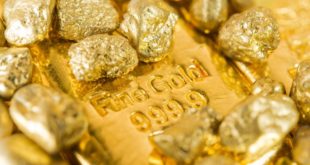 Government To Use Gold To Buy Oil 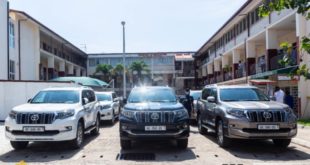 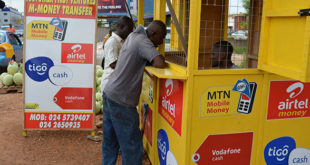 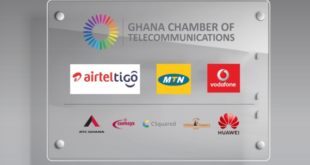