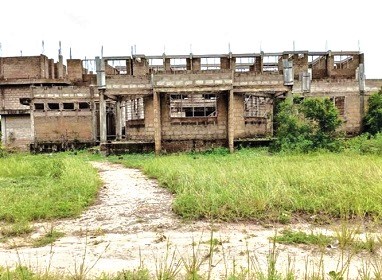 Four bodies have been retrieved, and an intensive search is continuing for three missing persons in what is suspected to be ritual murders that have hit Wa, the Upper West Regional capital.

Since April, this year, seven men believed to be private security persons, have been abducted by unknown assailants in unexplained circumstances but a search team constituted by the Wala Traditional Council, with the support of the police, recovered the four bodies, with missing organs.

A suspect, identified as Kankani Adongo, was arrested last Tuesday at Bamahu, a suburb of Wa.

The last of the four bodies, which was in an early stage of decomposition, was discovered last Monday in an uncompleted building near the Social Security and National Insurance Trust (SSNIT) on the Wa-Kumasi road.

Upon examination of the yet-to-be-identified remains, it was discovered that the heart, the kidney and the genitals had been removed.

Last Sunday, the third body was found in a shallow grave.

A statement issued by the police said the Special Purpose Police Intelligence and Investigation teams working with members of the Wa community said on September 18, 2022, the body was discovered in a shallow grave at Bamahu, a suburb of Wa.

The deceased was identified by family members as Seidu Baga, who was reported missing on September 16, 2022.

The bodies had been deposited at the Upper West Regional Hospital morgue by the Special Purpose Intelligence and Investigation team dispatched by the Inspector General of Police (IGP), Dr George Akuffo Dampare, to the municipality, in the aftermath of demonstrations by residents calling for police action over the killings.

The police said a pathologist from the Police Hospital was heading to Wa as part of the investigations.

The presence of the special police team had raised hopes among residents for the arrest of the perpetrators of the heinous crimes.

The Police High Command had announced a GH¢100,000 reward for anyone who would come with tangible information leading to the arrest of the suspects.

Meanwhile, the IGP had ended a three-day duty tour of the region, which took him to all the districts to acquaint himself with the police preparedness to combat crime.

The Minister for the Interior, Ambrose Dery, had also been to Wa where he met leaders of the Wala Traditional Council and gave an assurance of thorough investigations to bring the perpetrators to book.