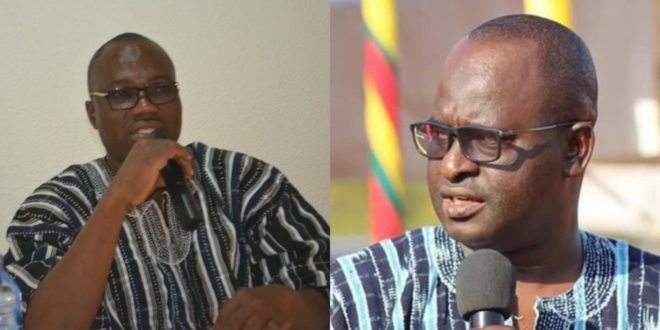 The Wa Landlords (Tindambas) have threatened to initiate moves for the removal of the Upper West Regional Minister, Dr. Hafiz Bin Salih and the Wa Municipal Chief Executive, Alhaji Issahaku Tahiru Moomen, if they don’t up their game in the ongoing kidnappings and killings in Wa.

Spokesperson for the Wa Tindambas, Hussein Kawum Tindana at a press conference noted the two persons would risk the wrath of the residents if they don’t employ any extra effort to curtail the prevailing circumstances.

“We want to give the two key figures a clear message that they must work harder to resolve the issue or risk our wrath. We will hold a massive protest to demand their removal if they ignore our request,” he said.

At the presser, the Tindambas refuted claims that, one Kankani Adongo, who has been arrested as a suspect in connection with the kidnappings and killings is mentally derailed.

Some close persons and relatives of Mr. Adongo have come out to say the suspect’s sanity is compromised and hence cannot be accused of such crimes.

But the Tindambas, addressing the press indicated things found on the suspect and the sum he carried around defies insanity.

“The suspect was found with a number of tools including arrows, three pick axes, two shovels, two knives which are now in the possession of the police. No one can refute that by saying the guy is insane.

They urged the public to treat the claims with disdain.

“The public ought to treat the assertion with none of the seriousness it merits. Any attempt to obstruct investigations with such unsupported claim won’t be accepted.”

Meanwhile, Minister of the Interior, Ambrose Dery, has said those demanding an imposition of curfew from his outfit must exercise some restraint since he doesn’t wield the sole authority to make such decisions.

“We will do what is needful through the proper procedures. It doesn’t take just one Minister for Interior to impose a curfew. The regional minister is Chairman of REGSEC, there is MUSEC at the Municipal level. I’m hoping that what has happened over the past few days will give us peace without a curfew,” he indicated.

But the minister assured that when it becomes critical that such move is required, authorities would do the needful.