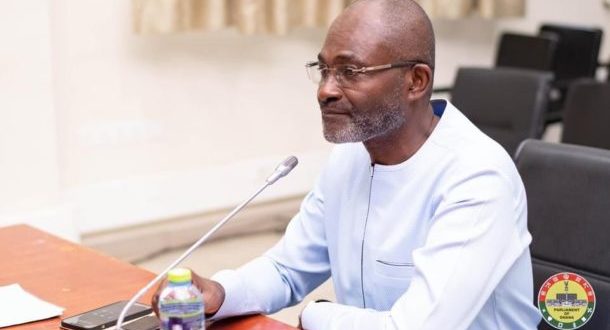 A hiplife artist with a keen interest in politics and social issues , Kwame Asare Obeng alias A Plus , has projected that Assin Central Member of Parliament, Kennedy Agyapong, will win the flagbearership race in the governing New Patriotic Party, NPP.

In a September 26, 2022 Facebook post, A Plus cited the ‘honesty’ of the lawmaker as the main factor that has endeared him to the party’s rank and file.

He was responding to the NPP’s claim that an attack on President Nana Addo Dankwa Akufo-Addo, at a concert in Accra over the weekend was orchestrated by members of the opposition National Democratic Congress, NDC.

He slammed the communication as lacking sense because there are NPP members on record who are unhappy with the way the country is being run.

“Hon Kennedy Agyapong criticized the governments decision to go to IMF. Is he NDC? You see how popular he has become in the party? He is going to win your presidential primaries.

“The people are tired of your outmoded and foolish communication style. They are looking for people who at least APPEAR honest. Not praise singers who defend every nonsense; that is why Hon Ken is winning. If you don’t see him winning then you don’t have any business being in politics,” his post read in part.

He reemphasized his long held position that most of the NPP’s communicator were psychologically unfit for the role.

“Your downfall is not NDC. It is your poor communication and “mad” communicators. 90% of your communicators are always one always a sentence away from the psychiatric hospital.”

President Akufo-Addo was booed by a section of the crowd during a star-studded musical concert, the Global Citizen Festival, which took place at the Black Star Square on September 24, 2022.

Chants of ‘away, away’ were heard when he appeared on stage to deliver a message. The president proceeded to deliver the over six-minute message.

Tags A Plus Kennedy Agyapong

I'm Adwenpa-Hene |Blogger & Broadcaster Journalist. I am the CEO and manager of this noble website. I publish on Entertainment, Sports, Politics, Lifestyle, and Technology. You can also follow Us on : YouTube Channel - My Ghana Media TV, Facebook - MyghanaMedia TV , Twitter - @MyGhanamedia2 & Instagram - My Ghana Media TV. Email Address: [email protected] Contact Us: 0200818719
@@MyGhanamedia2
Previous Apart From Some Senior Players, No One Is Guaranteed A Place In The Black Stars’ World Cup Squad – Andre Ayew
Next Ghana: Today’s Newspaper Headlines: Tuesday, September 27, 2022