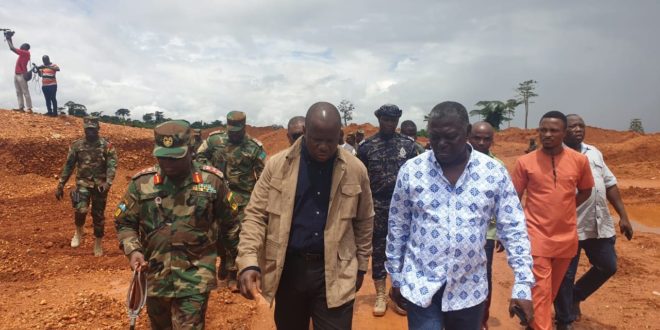 The Minister of Lands and Natural Resources, Samuel Abdulai Jinapor, has said persons in charge of institutions regulating mining activities in the Amansie South District of the Ashanti Region should be held responsible for the destruction caused by illegal miners.

Illegal miners have returned to the area and are destroying virgin forest reserves in the enclave. 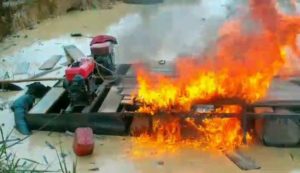 After more than five years of intense war against illegal mining, it appears the efforts are not paying as illegal miners continue to pollute water bodies and destroy natural resources. 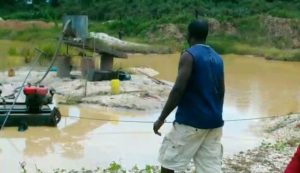 Tracts of farmlands and forest reserves have been destroyed by activities of illegal miners with pits left abandoned.

The minister who visited the mining sites was amazed at the level of destruction caused to the environment by illegal miners.

Military deployment to some mining districts in the Ashanti Region this week led to the seizure of some mining equipment used for illegal mining activities. 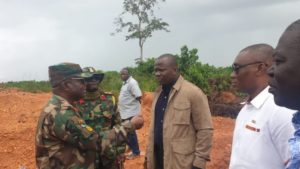 The Minister joined the military in areas where the recent clampdown was carried out and expressed his disappointment at the level of destruction.

He was shocked over the hectres of land that have been degraded with impunity.

“The pervasiveness of mining activity and wanton destruction of the landscape of the area is serious. The number of hectares mined out is a threat to our environment,” he noted. 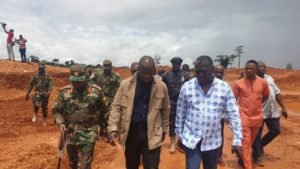 The minister opined the level of destruction clearly indicate the act had persisted for a while and government officials and the traditional authority should not be oblivious of.

“Given the extent that the operation I just can’t be convinced the chief of the area, Minerals Commission officials in the area and the District Chief Executive are not aware,” he blamed.

He called for collective action from all stakeholders to address the menace.

The General Officer of the Commanding Central Command of the Ghana Armed Forces, Brig. General Joseph Aphour, assured that the fight against galamsey will be won.

“We in the military is commited to this fight and with the support of all, the fight will be won,” he was confident.

The minister later met some regional ministers and MMDCEs and appealed to them to support the fight.