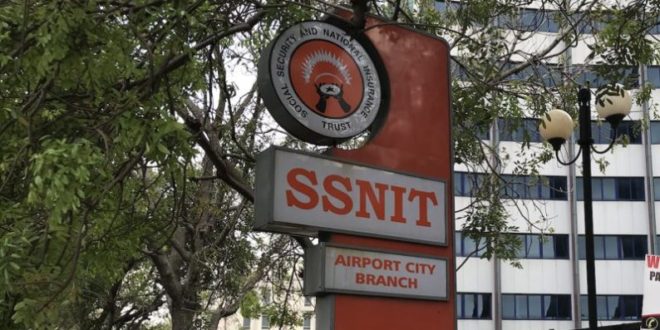 SSNIT, Other Companies Close Down Office Over Security Concerns In Bawku

The Social Security and National Insurance Trust (SSNIT) has moved its operations from the Upper East Region Town of Bawku.

The decision, our reliable source  understands is due to the insecurity situation in the Municipality.

According to the sources, other companies have also moved out of the city to forestall their staff being attacked.

SSNIT has evacuated its staff and removed furnishings and other items from its office including chairs and air-conditioners on Saturday, October 1, 2022.

Bawku has been the hotbed of decades-old ethnic conflict between the Mamprusis and Kusasis and has claimed several lives over the period.

The Regional Security Council, (REGSEC) last month reviewed the security situation there and introduced additional measures, including the extension of curfew hours to cover Nayoka, Kpalgu and Manga communities and a ban on tricycle operations, a common means of transport for the people.

A statement signed on behalf of the Regional Minister, Stephen Yakubu, by the Chief Director of the Regional Coordinating Council, Abubakari Inusah, said only personnel of the Ghana Police Service, the Ghana Immigration Service and the military were allowed to use official motorbikes between 6 a.m. and 6 p.m.

The latest situation means pensioners will now have to travel to the regional capital, Bolgatanga, a two-hour journey by road, to be able to access their meagre pensions.

In the afternoon of August 16, 2022, gunmen opened fire on a commercial vehicle on a highway near the Bawku Senior High School, killing three persons and injuring two others, including the driver.

Last week, the Conference of Heads of Basic Schools (COHBS) in Bawku demanded the closure of schools there, citing the recent insecurity.

COHBS, in a letter dated September 22, 2022, signed by its Municipal Chairman, Abugri Busia, and addressed to the Municipal Director of Education, said members of the association were saddened by the security challenges in the area.

“Following the insecurity and the subsequent ban on tricycles, we wish to appeal to you to close down basic schools in the municipality, pending improvement in the security situation,” it said.

The release added that the lives of school pupils and teachers could not be guaranteed in the wake of the renewed conflict in the area.

“We wish to appeal to both factions to put their guns down for peace to prevail for the sake of school pupils and their future,” it added.

In March, the Municipal Directorate of the Ghana Education Service (GES) granted the release of about 100 basic school teachers in the Bawku Municipality due to the volatile security situation in the area.

Municipal Director of GES, Azeriya Ayeriga speaking in an interview with the Daily Graphic newspaper in March disclosed that some 2,247 pupils were also not in school for fear of their lives.

On September 25, Interior Minister, Ambrose Dery led a high-powered delegation from Accra to visit the area and interact with the youth.

With him were Defence Minister, Dominic Nitiwul, the Inspector General of Police, Dr George Akuffo-Dampare and the Chief of Defence Staff.

The delegation pleaded with the youth to use peaceful means to resolve their disagreements.

The security situation in the Upper East Region town was a subject of discussion in Parliament in March 2022, when the Interior Minister appeared to answer questions on what government was doing to address the problem.

I'm Adwenpa-Hene |Blogger & Broadcaster Journalist. I am the CEO and manager of this noble website. I publish on Entertainment, Sports, Politics, Lifestyle, and Technology. You can also follow Us on : YouTube Channel - My Ghana Media TV, Facebook - MyghanaMedia TV , Twitter - @MyGhanamedia2 & Instagram - My Ghana Media TV. Email Address: [email protected] Contact Us: 0200818719
@@MyGhanamedia2
Previous External Factors Stripped Off Gains Akufo-Addo Gov’t Made In First 3yrs – NPP Communications Director
Next Ghana’s 2024 Elections Will Be Tough Because EC Is Determined To Be …………. – Asiedu Nketia [Audio]