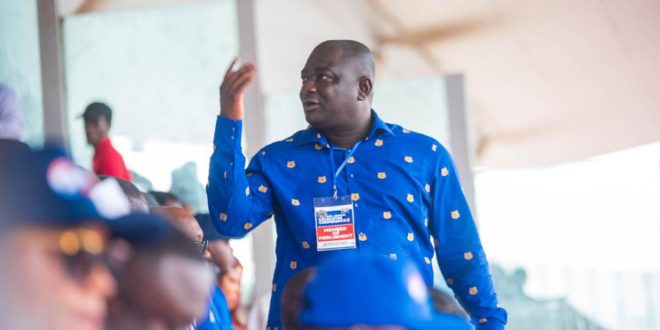 The New Patriotic Party (NPP) MP for Mpraeso, Davis Opoku Ansah says the sacking of the Minister of State at the Finance Ministry in relation to alleged influence peddling and corruption, is not satisfactory if the substantive minister is also not sacked or made to resign.

Davis Opoku Ansah says Charles Adu Boahen’s sacking is not enough and that the Finance Ministry needs a total overhaul.

In a Facebook post on Monday, the deputy ranking member of Parliament’s Public Accounts Committee said the data bankers should be taken from the Ministry, implying that persons known to have links with the financial services firm, Databank, but now engaged at the Finance Ministry, should be relieved of their jobs.

“The sacking of Charles Adu Boahen is meaningless unless it is linked to the resignation of Ken Ofori-Atta and the total liberation of the finance ministry from data Bankers,” he wrote.

A statement from the Director of Communications at the Jubilee House, Eugene Arhin said the President took the decision after being made aware of the allegations levelled against the Minister in the exposé dubbed, “Galamsey Economy,” by TigerEye PI.

“The President spoke to Mr. Adu Boahen, after which he took the decision to terminate his appointment,”

Meanwhile, President Akufo-Addo has also referred the matter to the Special Prosecutor for further investigations.

Why was Mr Adu Boahen sacked?

In the said documentary, Mr Adu Boahen is said to have told the undercover investigators that Vice President Mahamudu Bawumia needs just $200,000 tokens as an appearance fee before meeting with supposed businessmen.

The embattled Minister is also reported to have said that the Vice President would demand some positions from an investor for his siblings to get his backing and influence in establishing a business in Ghana.

See also  Those Who Insult President Akufo-Addo Are Villagers, Witches And Wizards – Okyenhene

“You mean, like appearance fees and stuff? I mean he, himself (the Vice President), if you give him some (USD) 200,000 or something as a token, as thank you, appreciation, that’s fine.

“He’s not really, he’s not really (like) that. All he needs is to worry about his campaign money in 2020,” Charles Adu Boahen is alleged to have said.

Responding to the issue in a Facebook post on Monday, he said he is not aware of any such transaction.

According to him, his “cherished asset” is his integrity, which he will not allow to be tarnished.