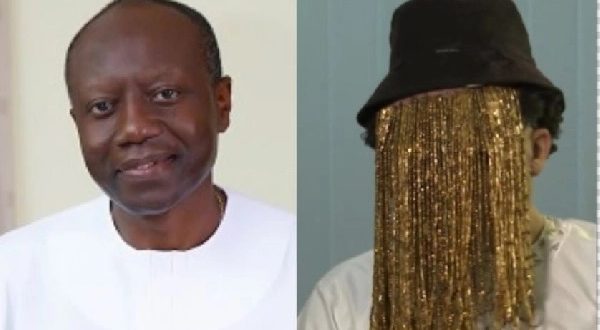 CHRAJ Commissioner, Joseph Whittal confirmed that the Commission has received an official complaint from the Tiger Eye PI team on a conflict of interest situation involving Ken Ofori-Atta and Former Minister of State, Charles Adu Boahen.

Tiger Eye PI in its petition alleged that the duo have engaged in conflict of interest in the use of their companies in relation to the purchase of government bonds while executing their duties as state officials.

“The allegations are that there is conflict of interest in terms of their official duties as public officers and the companies in which they have interest in terms of government bonds and so the case is going through the standard process of assessment in order to make sure that it meets procedural requirement under the Commission’s regulation as well as whether it is really within the mandate of the Commission. Based on that, we will then decide what next steps to take,” Whittal said .

See also  IGP Replies GSS, CHRAJ: ‘Your Research May Have Been Affected By Historically Pervasive Stereotyping'

It will be recalled that Charles Adu Boahen was dismissed for alleged influence peddling in the latest expose, ‘Galamsey Economy’ by Anas.

Mr. Adu Boahen has however, denied being involved in any corrupt activity and said the documentary sought to entrap him.

Already, the Minority in Parliament has also accused the Finance Minister of conflict of interest as part of the justification for the censure motion against him.

During the Committee hearing, lawyers for Ken Ofori-Atta argued that any allegation of conflict of interest can only be investigated and within the purview of CHRAJ and therefore prayed for the Committee to strike out that allegation.

If CHRAJ finds it worth investigating, the accused persons would be required to appear before the antigraft institution to answer some questions in relation to the petition filed.

Mr. Ken Ofori-Atta is currently facing a censure motion by the Minority to remove him from office while 98 of the NPP MPs have declared a vote of no confidence in his ability to deliver on the mandate of Finance Minister.

As part of the demand for ken Ofori-Atta to be sacked, the Minority said the Minister’s incompetence has resulted in the current poor state of the economy.