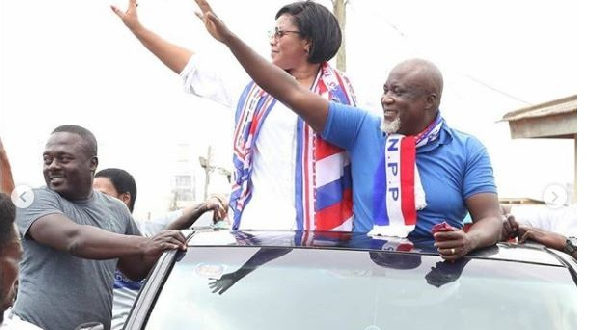 A former National Security Ministry official, Hopeson Adorye  has lamented the circumstances under which he recently lost his job.

He states in one breath that he is unperturbed by the turn of events but also that his contributions to the party, particularly the rise to the presidency of Nana Addo Dankwa Akufo-Addo is well known.

Speaking for the first time about his dismissal on Oman FM’s Boiling Point programme last week, Adorye disclosed how he purportedly helped secure the Volta Region from vote manipulation by way of Togolese being stolen into Ghana to vote for a particular party.

“You can testify that I was not seated behind the fence wall, I was in the thick of affairs. Ghana – Togo border operations,” he told host of the show, before adding: “I did it with four youth organizers in the Volta Region, we did it at the blind side of the regional executives.

“Because if we had informed them, they will claim they had plans to do it,” he added before narrating how it wasn’t until the day of vote in 2016 when he met the regional secretary at Kpando, then the secretary said they had gotten wind of his undisclosed operations.

He stated further that with his operation, the other party that usually brought illegal voters in, failed so to do: “We all saw the results in Volta Region, when they went to recruit voters, it was unsuccessful but this is my reward today?”

On his dismissal, he stressed: “I’m not a zombie, uncle, I was told that my support is not towards a particular camp so I should be dismissed, I have been dismissed. ‘Your appointment has been terminated with immediate effect. That is why I am stressing that God will cater for us, we will never die.

“I have left it all to God, we won’t sleep hungry. I know it is not my minister who will do this, Kan-Dapaah will not do this. But from what I am hearing, I pity those who issued the instruction,” he added.