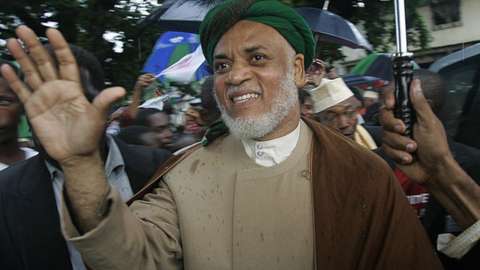 A court in Comoros has handed down a life sentence for high treason to former President Ahmed Abdallah Sambi.

He was convicted of selling passports to stateless people living in the Gulf and had been accused of embezzling millions of dollars.

Citing an unfair trial, Sambi, 64, refused to attend the hearings at the State Security Court whose rulings cannot be appealed.

Sambi – who is an arch rival of the Comoros President Azali Assoumani – had already spent four years behind bars before he faced trial.

He pushed through a law in 2008 allowing the sale of passports for the east African island nation for high fees. His lawyer said there was no evidence of missing money.