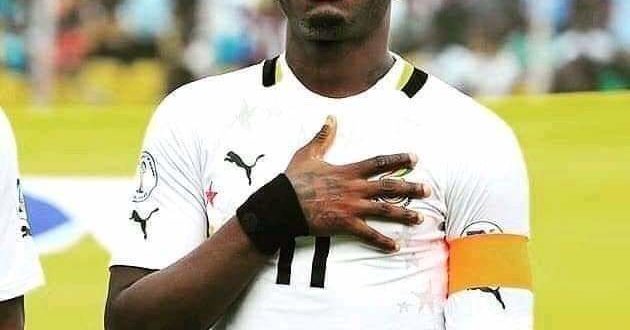 “I’m done, I just did a few months with the local side. My son wanted me to play. I didn’t play for almost three years then my son decided to ask me to go and play. I did that,” he told Sky Sports on Tuesday November 29.

Muntari has been playing professionally since 2002 and believes the time is right to quit. He last played for Ghanaian giants Hearts of Oak, helping them win the FA Cup in his only season at the club.

“I’m done! I just did a few months with the local side. My son wanted me to play. I didn’t play for almost three years. Then my son decided to ask me to go and play. I did that,” Muntari told Sky Sports.

🇬🇭 Sulley Muntari officially retires from football. His 20 goals for the Black Stars sees him ranked as the country’s 10th top scorer in history.

Muntari is in Qatar, supporting the Black Stars in the 2022 World Cup. He was spotted pitch side motivating the players before Monday’s 3-2 win against South Korea.

Muntari started his impressive career at Liberty Professional and rose to become one of Ghana’s best midfielders, contributing immensely to the Black Stars’ first World Cup appearance in 2006.

Muntari appeared in three World Cup finals and is one of three players to score in multiple World Cup games for Ghana. The others are Asamoah Gyan and Andre Ayew.

I'm Adwenpa-Hene |Blogger & Broadcaster Journalist. I am the CEO and manager of this noble website. I publish on Entertainment, Sports, Politics, Lifestyle, and Technology. You can also follow Us on : YouTube Channel - My Ghana Media TV, Facebook - MyghanaMedia TV , Twitter - @MyGhanamedia2 & Instagram - My Ghana Media TV. Email Address: [email protected] Contact Us: 0200818719
@@MyGhanamedia2
Previous Fire Destroys Shops At Kantamanto Market
Next Senegal Becomes First African Nation To Qualify For FIFA World Cup Round Of 16 Since 2014