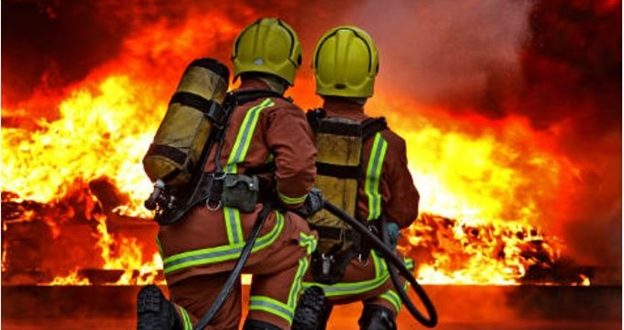 A total of 44 fires were recorded nationwide on Christmas Day, 25 December 2022, the Ghana National Fire Service (GNFS) has disclosed.

The out on arrival fire cases recorded were nine, the GNFS stated in a statement on Boxing Day.

See also  GNFS Sacks 11 Of Its Personnel For Recruitment Fraud, Others

No fire casualty was, however, recorded.

Meanwhile, three road crashes with two casualties were responded to by the service. Accra region recorded two out of the total with one incident recorded in the central region.

The GNFS expressed worry in the sudden rise of the fire incidents despite heightened awareness and sensitisation especially ahead of the holiday season.

The service has cautioned the public to be extra vigilant by avoiding the burning of bushes and rubbish and other negative practices that largely cause fires.

I'm Adwenpa-Hene |Blogger & Broadcaster Journalist. I am the CEO and manager of this noble website. I publish on Entertainment, Sports, Politics, Lifestyle, and Technology. You can also follow Us on : YouTube Channel - My Ghana Media TV, Facebook - MyghanaMedia TV , Twitter - @MyGhanamedia2 & Instagram - My Ghana Media TV. Email Address: [email protected] Contact Us: 0200818719
@@MyGhanamedia2
Previous Dates For Presidential And Parliamentary Primaries Not Confirmed – NPP
Next Bawku Clashes: Death Toll Now 18, Dozens Of People Flee Out Of Fear