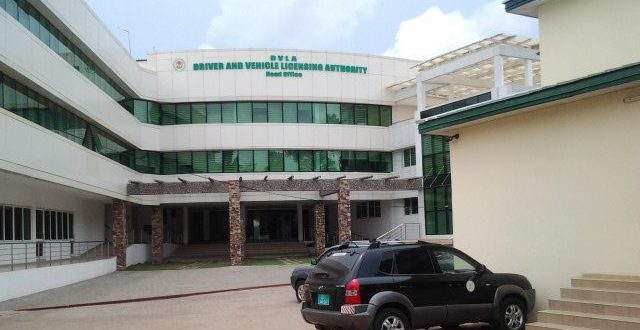 Corruption Watch has revealed how officials at the Driver and Vehicle Licensing Authority (DVLA) at the Greater Accra Regional Office located at 37 and the Tamale Regional Office in the Northern Region have been aiding license applicants to bribe their way through the process.

In the 30 minutes documentary, it was revealed that applicants were charged more than double the official cost of the licensing process to avoid the mandatory 48-hour driving school enrolment requirement, computerized examination, in-traffic driving test and the road sign test to become licensed drivers without ever demonstrating whether or not they even know how to drive.

Quite jarring, were some officials of the DVLA admitting on camera that they could help applicants with eye problems pass the mandatory eye test as long as the applicants were ready to pay more.

“What if I have an eye problem?” Corruption Watch’s Francisca Enchill had asked an official of the DVLA while attempting to get a drivers’ license.

He answered, “Then we will charge you extra. It’s more or less like help.”

The aiding of applicants with eye problems to pass the mandatory test truncates the natural process which would have had the applicant referred to a specialist for a solution before receiving his or her license.

This has contributed to the ever increasing number of recorded carnages year-after-year on Ghana’s roads.

According to the Motor, Transport and Traffic Directorate of the Ghana Police Service, between January and November this year, 13,675 road crashes were documented in Ghana.

Some of the major causes of these road accidents are the increasing number of wrongful overtaking and overspeeding due partly to the incompetence of the drivers.

Mr. Kwame Koduah Atuahene, the Head of Regulation, Inspection, and Compliance at the National Road Safety Authority (NRSA), said that some of the fraudulent ways of acquiring a driver’s license are disturbing, especially since driving is a risky activity which requires validated expertise.

The Ghana Private Road Transport Union attributes carnage on the road to unqualified drivers who have no idea about critical road safety issues.

They have noted that because the functions of saloon cars are fundamentally different from trucks, it is necessary to go through a proper process at the Driver and Vehicle Licensing Authority (DVLA) to acquire a specific license for specific vehicles.