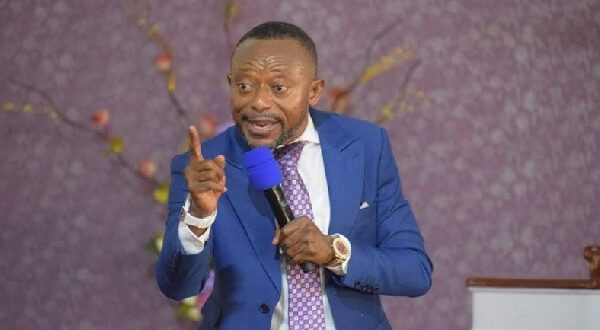 The Founder and Leader of Glorious Word Power Ministry International, Apostle Isaac Owusu Bempah, has described as shocking a statement from the office of the National Chief Imam, Sheikh Osmanu Nuhu Shaributu calling him out for a statement he is reported to have made about the latter.

In a statement dated Thursday, January 5, 2023, and signed by a Senior Pastor at Glorious Word, Rev. Dr. Emmanuel A. Annorbah, the church said their attention was initially drawn to a GhanaWeb publication in which the head pastor was reported to have allegedly made disparaging remarks about the Chief Imam.

The church said an official of the Chief Imam’s Office reached out and an explanation was offered on the basis that the caption and content of the publication were misleading.

“To begin with, the press statement arises from a misleading and false article published on https://www.ghanaweb.com on 3 January 2023 with the caption ‘Chief Imam, other leaders visit us to look into their destinies – Owusu Bempah claims’.”

“Our attention was drawn to the misleading caption and false article by https://www.ghanaweb.com in the late afternoon of 3rd January, 2023 when an official from the office of the Chief Imam by the name Sheikh Aremeyaw, spokesperson of the National Chief Imam, called to inform the office of the church of the publication on https://www.ghanaweb.com and sought to ascertain its veracity.

“We explained to Sheikh Aremeyaw, that the caption of the article was misleading and the content littered with falsehoods. We urged the spokesperson to listen to the statement himself and form an independent opinion of the remarks of Apostle Dr. Isaac Owusu Bempah. The conversation was very friendly and he seemed to have appreciated the position of the church on the misleading caption and false article by https://www.ghanaweb.com,” the statement.

In a January 4 statement, the Chief Imam’s Office called on the Inspector General of Police to call Apostle Bempah to order for making Sheikh Shaributu the subject of controversial prophecies.

But in their response to the statement, the Church said it was rather shocking that the Chief Imam’s Office issued such an unpleasant statement despite the earlier clarification given on the subject.

“We wish to state emphatically that Apostle Dr. Isaac Owusu Bempah has not at anytime claimed that the Chief Imam visits or consults him to look into his destiny. The publication was clearly actuated by malice, a desire for profit, sensationalism, and calculated to disrupt the peaceful and cordial relationship between the Chief Imam and Apostle Dr. Isaac Owusu Bempah,” it added.

Read the full statement by Owusu Bempah’s church below:

I'm Adwenpa-Hene |Blogger & Broadcaster Journalist. I am the CEO and manager of this noble website. I publish on Entertainment, Sports, Politics, Lifestyle, and Technology. You can also follow Us on : YouTube Channel - My Ghana Media TV, Facebook - MyghanaMedia TV , Twitter - @MyGhanamedia2 & Instagram - My Ghana Media TV. Email Address: [email protected] Contact Us: 0200818719
@@MyGhanamedia2
Previous Akufo-Addo: Akonta Mining Is Not Engaged In Illegal Mining
Next Chief Imam To Rev. Owusu-Bempah: I Don’t Need Protection From Charlatans