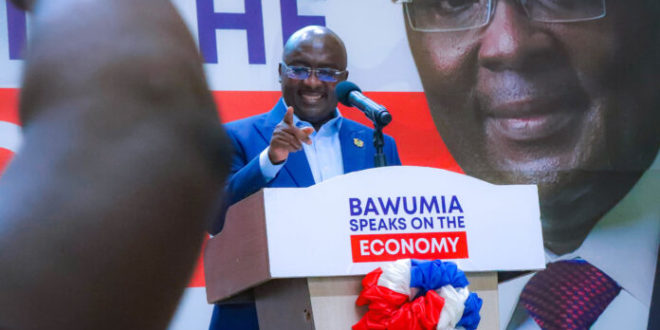 Dr. Bawumia’s Competence To Become President Is ‘Over The Top’ – Abuakwa South MP

The Member of Parliament for Abuakwa South, Samuel Atta Akyea has restated his belief that Vice President Mahamudu Bawumia is competent to serve as substantive president.

The lawmaker, speaking on the January 3, 2023 edition of Metro TV’s Good Evening Ghana programme stressed that being an economist was one of the biggest trump cards for Bawumia who will have no excuses than to deliver the country out of any economic mess.

“I am of the humble view that Dr. Bawumia will be the first president who is an economist and therefore nobody is going to say that the president didn’t understand the economy that is why the economy is a mess.

“Now, he is in the saddle…now you are president, deliver us from the economic mess. Who understands the economy better than the one who is an economist himself? So, in terms of competence, I am persuaded that he has it and he is over the top,” he told host Paul Adom-Otchere.

Atta Akyea also called on the New Patriotic Party (NPP) to prioritize competence in choosing their flagbearer instead of ethnicity, region and or religion.

He reiterated his stance that Bawumia should be picked as a consensus candidate and should be paired by Trade and Industry Minister Alan Kyerematen as his vice.

The NPP is expected to elect a flagbearer for the 2024 elections later this year.