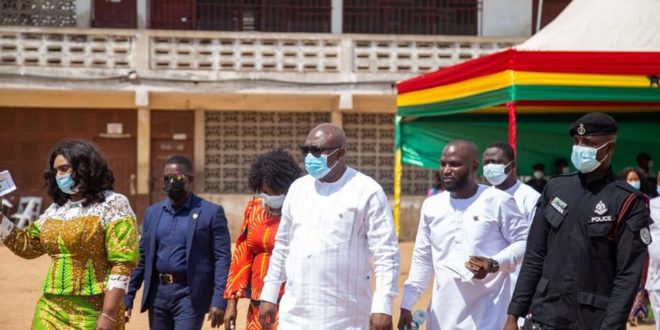 Traders at Texpo Market in the Tema West Constituency are angry at their Member of Parliament, Carlos Ahenkorah and Municipal Chief Executive, Anna Adukwei Addo.

The traders said the two have failed to make the market a befitting place citing insecurity, insanitary conditions among other issues despite promises.

They made the claim during a media briefing organized by pressure group, Proper Ghanaian Movement to voice out concerns in the constituency.

For greengrocer, Patience Adoteye, the traders and their customers alike deserve better. 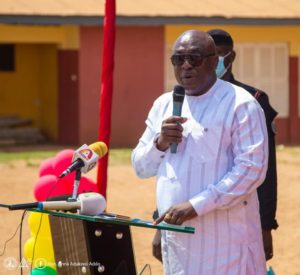 “Certainly, for the status of the area, we deserve a well-built market. We are exposed to the vagaries of the weather. For me, the least said about our MP, the better. This is because we have not seen him after the 2020 elections and campaign promises have not been delivered. The only option is to draw in president Akufo-Addo,” she said. 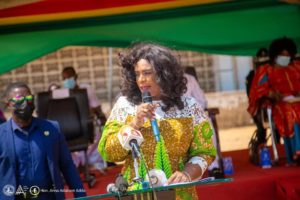 A common concern of all the traders was insecurity.

“How on earth do you expect us to be happy after going for a loan with high interest to purchase food and other items to be sold here only for thieves to break into containers and other structures to steal them?” one angry trader asked.

Grocer, Patience Dotse feared that buyers and traders could carry home infection due to human effluent running down gutters from a makeshift toilet facility nearby.

“The air around is often contaminated with toilet running through the gutters here but our attempts to stop workers of the toilet facility have yielded no fruit. Aside from the pollution, the most annoying part is that despite paying GH¢1 on daily basis as a market toll, Tema West Municipal Assembly doesn’t care about our plight. We struggle to get customers coming around anytime it rains because the whole market becomes muddy, and we sometimes have to buy gravel or any material that can help us take care of the mud,” she added.

Mincing no words, she said they will show Carlos Ahenkorah the exit.

“Our MP is not working having failed to deliver on his promises. We have no choice but to show him the exit because we have had enough. We only become a priority when elections are fast approaching, and we can’t continue this way.”

A situation that remains an eyesore is a fully furnished toilet facility which has been converted into a refuse site.

According to madam Agbozome and others, president Akufo-Addo must show interest in their challenges.

The traders and residents are laying the blame squarely at the doorstep of the Tema West Municipal Chief Executive, Anna Adukwei Addo who has the foremost responsibility of developing the area.

They said the Assembly is shirking its responsibility with no concrete action in sight and would not countenance it anymore.

“We the youth in the constituency would want president Akufo-Addo to know that Carlos Ahenkorah is not performing. Carlos only shows up when it’s time to campaign and doesn’t care afterwards. It only makes sense that after promising to get the youth employed, he honours it. How many people has he directly pushed to be employed at Cocoa Processing Company, Tema harbour or any company in and around Tema,” Nana Fosu quizzed.

He added that Proper Ghanaian Movement among our objectives will point out leaders who are not performing well.

Residents reminded the MP of a number of roads which are yet to be fixed despite being part of his campaign messages.

He listed some areas including Soldier Line and Police quarters road at Community 5 as well as Sakumono Golf down road whose state remains the same.

The teeming youth threatened to advise themselves on their concerns if nothing changes.

Meanwhile, Carlos Ahenkorah and the Municipal Chief Executive, Anna Adukwei Addo are expected to respond to the issues raised in due course.

I'm Adwenpa-Hene |Blogger & Broadcaster Journalist. I am the CEO and manager of this noble website. I publish on Entertainment, Sports, Politics, Lifestyle, and Technology. You can also follow Us on : YouTube Channel - My Ghana Media TV, Facebook - MyghanaMedia TV , Twitter - @MyGhanamedia2 & Instagram - My Ghana Media TV. Email Address: [email protected] Contact Us: 0200818719
@@MyGhanamedia2
Previous University of Ghana Suspends 4 Commonwealth Hall Students For 3 Years Each
Next Stay Away From Bibiani-Anwhiaso-Bekwai MP’s Demo – NPP Tells Its Members