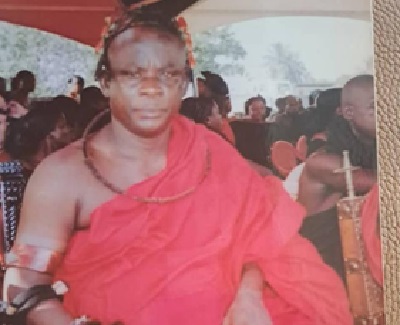 A three-member Judicial Committee of the Mampong Traditional Council (MTC) in the Ashanti Region has dismissed a petition brought before it by the chief of Effiduase, Nana Adu Ameyaw II, seeking a declaration that the Mponua Stool cannot create other stools without recourse to him.

The committee, in its judgment, noted that under the Asante customary practices, towns and villages selected their own adikro/chief and presented them to their superior traditional leaders.

The committee, thus, declared that it was only the Mponua Stool and for that matter, the Chief of Mponua, who could enstool chiefs, Adikrofuo or Mmaapanin at the town or village within its traditional area.

To this end, the committee averred that any purported enstoolment of chiefs in the towns and villages under the Mponua Stool by the chief of Effiduase, Nana Adu Ameyaw II, was null and void as it was against Asante customs and practices.

It gave its ruling recently, after hearing both the petitioner, the chief of Effiduase, and the respondent, the chief of Mponua, Nana Kwakye Amo II with Mponua Obaapanin, Nana Amma Amoanimaa Agyeiwaa II, and analysing the evidence presented.

In its ruling, the committee indicated that the chief of Effiduase had previously suffered similar fate at the High Court and the Court of Appeal in Kumasi over a land litigation case between the Effiduase Stool and the Mponua Stool.

That was after the chief of Mponua first instituted legal action against the Chief of Effiduase, claiming that the Mponua Land was not part of the Effiduase Stool Land.

It was disclosed that while the case was pending at the court, the Effiduase chief enstooled chiefs in some of the towns under the chief of Mponua, an action which compelled the latter to protest, culminating in the suspension of his stool by the Effiduase chief.

Unenthused about the development, the chief of Mponua petitioned the MTC and judgment was entered in his favour after a Judicial Committee was set up to look into the case.

Consequently, the Mponua chief destooled all the chiefs the Effiduase traditional leader had enstooled, considering the fact that if he owned the lands, then he had the right to enstool his own chiefs.

That action by the Mponua chief, aggrieved Nana Adu Ameyaw II, who petitioned the MTC, seeking among other reliefs that as Nifahene, Mponua Stool could not reverse the decision of the Effiduase Stool.

His reliefs, according to the committee, were derived from the allegation that the Mponua Stool had been engaging in activities with the view of asserting their independence and elevating themselves to the position of Paramount Chief, and creating other stools without the authority of the Effiduase Chief.

But Nana Kwakye Amo II, in his response and cross petition to the MTC, seeking various declarations, denied that his stool was elevating itself to the position of paramountcy.

He stated emphatically that the Effiduase Stool had no customary right to enstool an Odikro, Obaapanin or Chief on any Mponua Stool Land.

He stressed that his stool had every customary right not to acknowledge any traditional leader enstooled on its land by the Chief of Effiduase.

According to him, he had been enstooling chiefs in the towns aforementioned since time immemorial and any time he enstooled one in any of those towns, he went with them to serve the Chief of Effiduase.