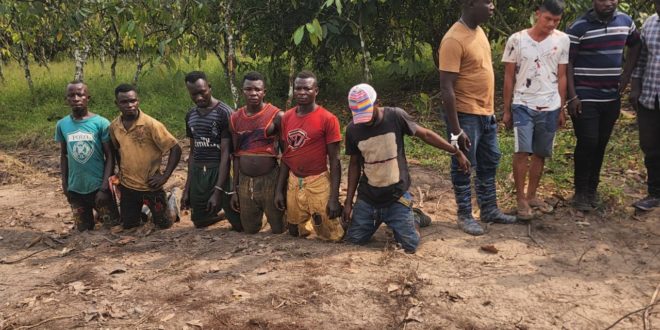 6 Ghanaians, Including Chinese National Arrested For Invading Okoben Mine Concession For Illegal Mining In Western Region

A total of seven (7) suspected illegal small scale miners including one chinese national have been arrested by the joint team of police, Bureau of National Investigation (BNI) and National Security personnel in Axim in the Evalue-Ajomoro-Gwira Municipality. 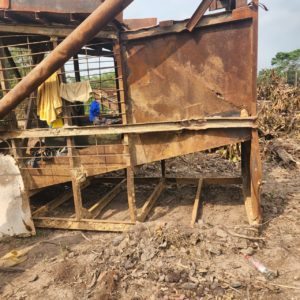 The illegal miners who were busted on Wednesday January 18, 2023 were reported to have unlawfully invaded the legally acquired gold mining concession of the Okoben Mining Company Limited in Dominase in the Evalue-Ajomoro-Gwira Municipality of the Western Region. 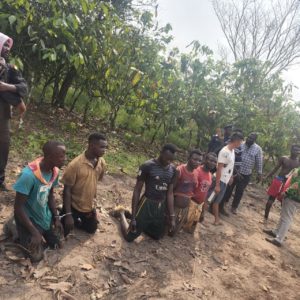 The swoop, conducted by the Ghana Police Service in collaboration with the Bureau of National Investigation and National Security
formed part of the government’s renewed fight against illegal small-scale mining, otherwise known as “galamsey.”

Information available indicate that the illegal miners who invaded the concession were more than seven but some managed to run way at the time the national security officers stormed the site to effect their arrest.

See also  Our Lives Are At Risk Because Of Weed Smokers . Residents Fume

The miners managed to indiscriminately mine gold in the concession without the knowledge of the owner of the company, Nana Okoben Amponsah.

They had also managed to clear large tracts of arable cocoa farmlands in a forest at site of the company and tributaries of the Ankobra River had also been heavily polluted by their activities.

The team confiscated some excavators and other items.

These illegal miners have been sent to the Axim Divisional Police Command. They are currently in police custody while the police have commissioned investigations into the matter.

Nana Okoben Amponsah is worried that despite the ban on the activity some “unpatriotic” Ghanaians are aiding foreigners to mine and destroy his gold mining concession he lawfully and legally secured for the past 24 years ago. 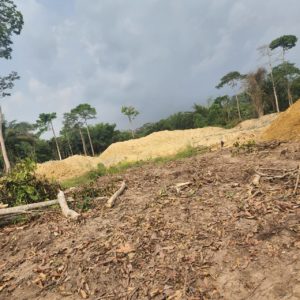 Nana Okoben Amponsah is worried that despite the ban on the activity some “unpatriotic” Ghanaians are aiding foreigners to mine and destroy his gold mining concession he lawfully and legally secured for the past 24 years ago. 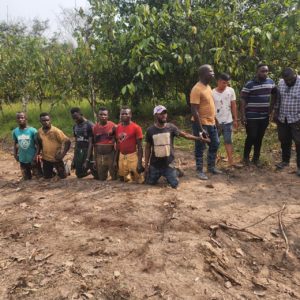 “How is it possible that despite the number of caution and announcements, people still have the effrontery to be engaging in illegal mining? What worries me the most is how our own people find it convenient to collaborate with foreigners on this destruction spree. It is very sad. But I make a solemn promise that we will not rest. If it means going after them every day, than that it exactly what we will do,” Nana Okoben Amponsah told journalists in an interview yesterday.