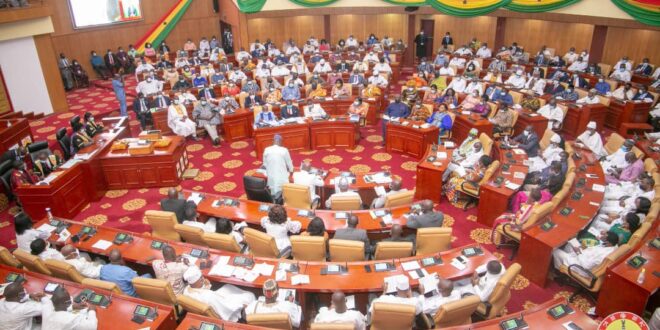 The Coalition says the passage of the Bill will help break the wide gender gap and bias women suffer in the country in terms of representation in government as well as in other areas of public and private services.

Speaking at a roundtable discussion in Accra on Tuesday, the Convener of the Coalition said the delay in getting the Bill passed hinders the possibility of achieving the Sustainable Development Goal (SDG) 5.

Sheila Minkah-Premo also mentioned that the purpose of some sections of the 1992 Constitution that give rights to gender equality are being defeated due to the situation.

See also  Madina MP To Offer Free Legal Support For Baby Whose Hand Was Left To Rot At The St. Dominic’s Hospital In Akwatia

“Our Constitution in Article 17 says there shouldn’t be any discrimination on the basis of gender. That means we shouldn’t have a law which benefits one particular gender against the other… nothing in this Article shall prevent Parliament from enacting laws that are reasonably necessary to provide for the implementation of policies and programmes aimed at redressing social, economic and educational imbalance in the Ghanaian society.

“So, one of the things we stand on to make a push for this law is that a lot of research has gone and it’s been found that there’s a lot of discrimination, particularly, against women socially, economically and educationally. It is time for Parliament to enact this law,” she said.

The Affirmative Action Bill seeks an inclusion and an increase in women’s participation in decision making and positions when passed into law.

It will also ensure that a critical number of women hold key positions in governance and public life spaces to help improve the lives of women generally, among others.

But since its introduction, the Bill has been on the shelves despite several pledges by the executive and legislative arms of government to have it passed.
Pass Affirmative Action Bill to reduce gender bias – Group to Parliament

“Again, Article 35(6) (b) of the Constitution says that the State shall actively promote the integration of the people of Ghana and prohibit discrimination and prejudice on the grounds of place of origins, et cetera including gender.

“So our Constitution, in several parts of it, calls on the state to ensure that there is gender balance,” Madam Minkah-Premo added.

The theme of the roundtable discussion was, ‘Averting the Excessive Delays in Passing the Affirmative Action Bill, the Role of Stakeholders.’

Meanwhile, the coalition came out during the  International Women’s Day celebration making the same demands.