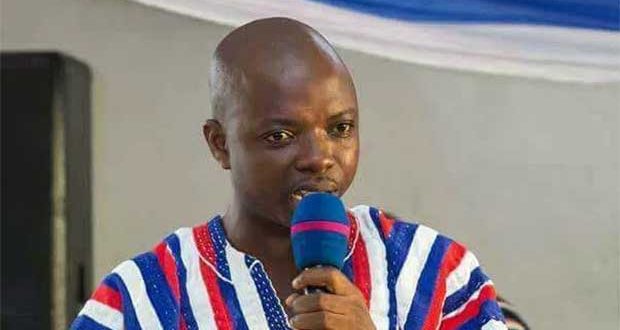 The Bono Regional Chairman of the ruling New Patriotic Party, Kwame Baffoe Abronye has suspended the Sunyani East Communication Officer in the person of Mr. Maxwell Mahama over misconduct.

The suspension was on grounds that he verbally abused some Members of Parliament in the Region and also described certain Regional Executives and High Ranking personalities within the party with disdainful and blasphemous words that have the tendency to damage the integrity of the party which the Regional Secretariat believes amounted to gross misconduct which is against the backdrop of the spirit and letter of the constitution of the New Patriotic Party.

In a statement sighted by DGN Online, the Regional Chairman pointed that “after a series of disciplinary meetings, under Article 3 Clause 7 ) Mr. Mahama abandoned the internal disciplinary procedure and filed certiorari (a writ or order by the Court to quash the party’s decision) at the Sunyani High Court. An action which is in clear breach of the party’s internal mechanism”.

It continues that “Ater over 4 months of legal tussle, the learned judge slated ruling for 23rd November 2021. Interestingly, pending the final determination of the court, Maxwell Mahama applied to discontinue the matter he had filed against the NPP, a move we believe was informed by sensing a humiliating defeat”.

“It may interest all and sundry to know that pending the suspension and final determination by the court, the Sunyani East Communication Officer did not show any sign of remorse but rather went ahead to recently malign and use unprintable words against the Former Majority Chief Whip and MP for Sunyani East on Accra based radio Neat FM”.

The statement further stated that ” Currently, Maxwell Mahama has initiated criminal complaints of which there is a pending criminal litigation at the Fiapre Circuit Court against three other constituency officers namely Evans Kyere (Deputy Organiser), Muhammed Ibn Ahmed (Youth Organizer) and Christian Gyabaah- Yeboah (Elections and Research) all in the Sunyani East constituency for frivolous reasons”.

It concluded that “Flowing from the above, we wish to state categorically that, the suspension of the Sunyani East Communication Officer, Mr. Maxwell Mahama remains valid until a further determination is made”.

See also  Let’s Focus On Taking Down NDC Instead Of Each Other – Dr. Bawumia

I'm Adwenpa-Hene |Blogger & Broadcaster Journalist. I am the CEO and manager of this noble website. I publish on Entertainment, Sports, Politics, Lifestyle, and Technology. You can also follow Us on : YouTube Channel - My Ghana Media TV, Facebook - MyghanaMedia TV , Twitter - @MyGhanamedia2 & Instagram - My Ghana Media TV. Email Address: [email protected] Contact Us: 0200818719
@@MyGhanamedia2
Previous UCC Appoints Another Female As Pro-Vice Chancellor
Next Video: There Are Jobs Graduates Don’t Have The Skills For – Ken Ofori-Atta